In 2017, a grand total of US$38.1B had been poured into the fintech industry according to KPMG Pulse of Fintech report and of their 2017 figures, KPMG noted that both insurtech and blockchain saw record-setting levels of venture capitalist (VC) investment, as well as deal volumes. 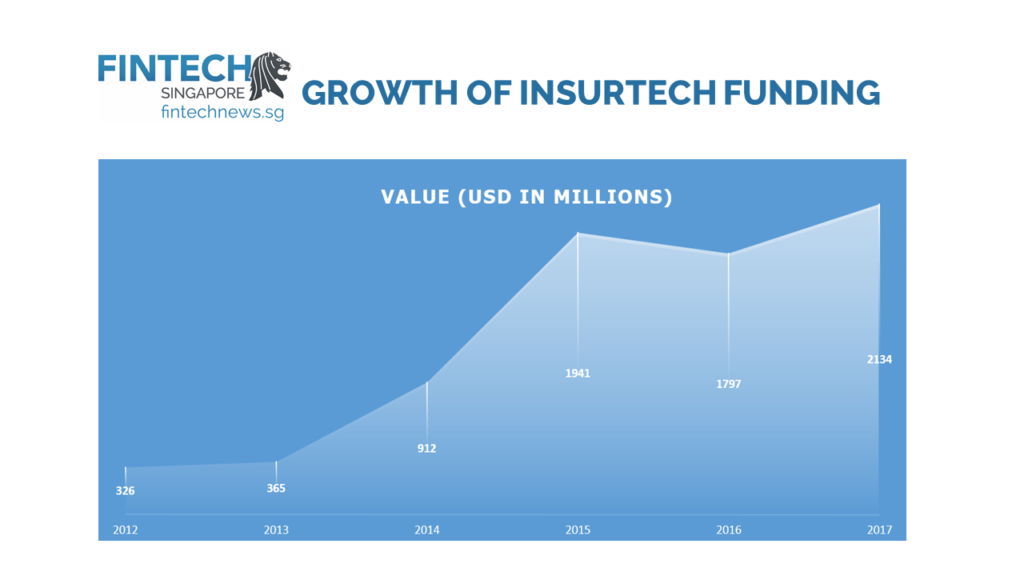 In 6 years, insurtech investments went from $326 million to $2.1 billion. The trajectory saw a huge leap between 2014 and 2015, lost a bit of footing in 2016, and is now back on a gradual incline that will hopefully continue in 2018–especially with so many huge corporations and organisations making strides to speed up claims and insurance services to answer to growing demands for efficiency and speed from consumers.

We’re not sure whether this will reflect in the 2018 investment, but this year has seen a huge trend towards data analytics solutions for the insurtech industry. In fact, just recently ZhongAn Online, formed through the collaborative efforts of Ping An, Tencent and Alibaba, teamed up with AXA Tianping to provide a SaaS platform for insurance issuers to access a huge database of medical information in China for a much smaller fee. 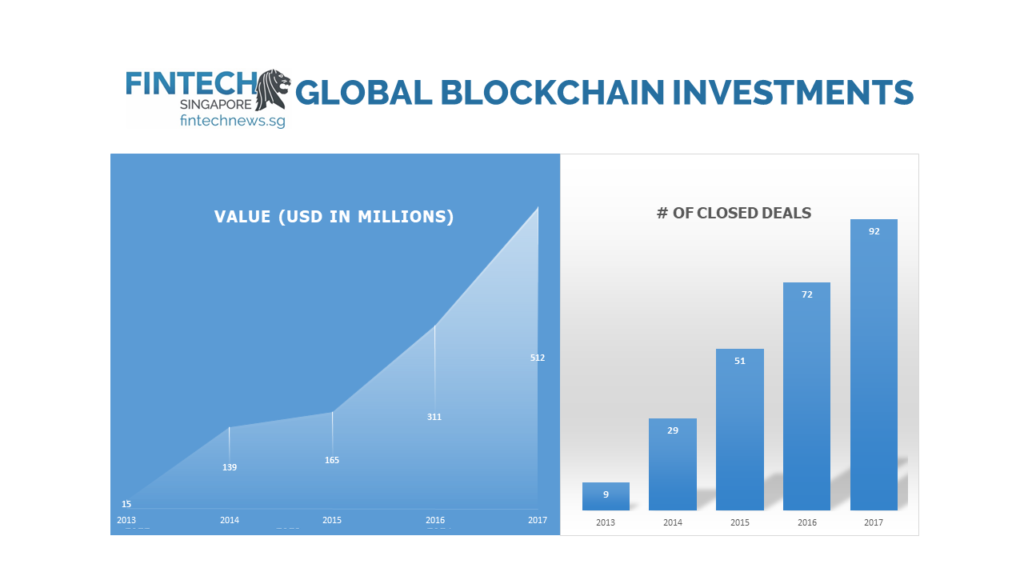 There is always a question of whether interest in blockchain only came to be due to the meteoric rise of bitcoin last year, but if you look at the number of blockchain investments throughout the years, what is interesting is how it has all been a consistent incline after 2014.

What does dramatically rise though, are the total values of investment thrown into blockchain technology development. Despite a slew of exchange hacks bringing impressions of cryptocurrency down, it is clear that the rise of ICOs and cryptocurrency helped educate more investors regarding the potential of an immutable ledger, and gave them more faith in its development.

That being said, we definitely believe that blockchain can be used for more than just money. It has been said that blockchain will change the world in 20 years similar to how the internet changed the world today.

With such high praise, it is not surprising that investors already in the know are willing to throw more money at the technology, even if the number of deals has not increased dramatically.

Once more investors are able to look beyond cryptocurrencies and ICOs to see the potential of blockchain in other aspects of life, we predict that there will be a leap in number of investments as well.

This is mainly due to increased EU interest into blockchain deals. According to KPMG, EU member countries signed a Declaration on the Creation of a European Blockchain Partnership in order to foster collaboration across various blockchain initiative to foster cross-border solutions.

Meanwhile, 96% of deal value in the Americas, of course, came from the USA with deal volumes reaching new heights in 2018. Fintech companies from USA received $14.2 billion in investment, including over $5 billion in venture capital investment.

According to KPMG investors where quick to throw money into new startups in emerging fintech sub-segments, like regtech and investment

What is notable though, is that Asia’s valuation has been significantly bolstered by the $14 billion Ant Financial deal, as well as a higher number of China’s investments which boosted its fintech value. 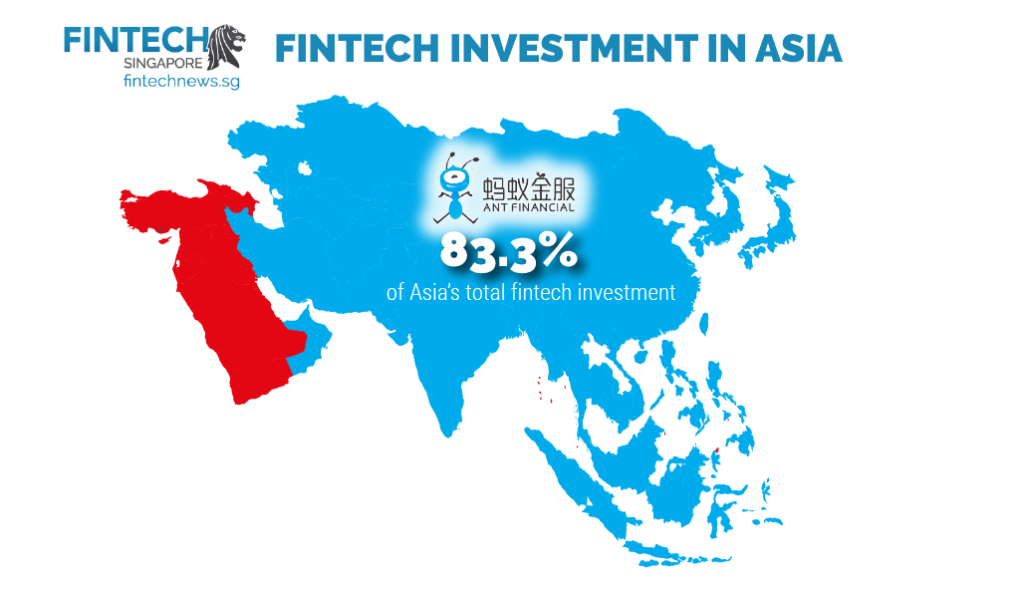 While many nations are pursuing their own tactics towards going cashless, it is clear that investors have a lot of faith in Ant Financial’s chances of grabbing a stronghold in enough regions. This faith perhaps has strong links to China’s ambitious Belt and Road Initiative, which would promote interconnectivity for Eurasian countries through infrastructure, and also help link China, already an economic powerhouse, up to the rest of the world.

The funding was notable as the first time USA investors were able to purchase a stake in the company, which companies like Silver Lake and General Atlantic took advantage of, according to Investopedia.

The new $14 billion investment pushes Ant Financial’s valuation up to $150 billion, according to The Wall Street Journal.

Clearly, activities in China will shape the fate of fintech in Asia and anyone serious about fintech in asia would be remiss if they take part in one of the largest fintech events happening in the region; Lang Di Finance. Incidentally we have discounts code for our readers – enjoy 15% off with our code: FintechNews15%