The race is on to digitize banking throughout the Asia-Pacific region, according to an EIU report. It found that competition is intensifying between established retail banks and the technology and e-commerce disruptors that threaten to carve up the payment solutions market. 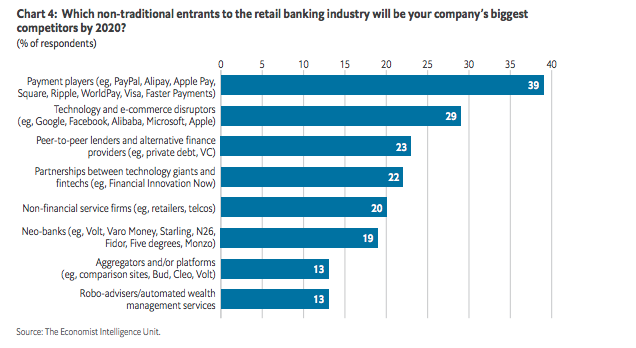 Big tech companies like Google, Facebook, Apple and major payment players such as WeChat Pay, Alipay and PayPal are viewed as the biggest threat to APAC bankers (60%). This is followed by neo-banks/digital-only banks like Volt Bank, Varo Money, Monzo (25%) this is despite the fact Hong Kong has already issued 8 licenses and Singapore is also looking issue 5 of their own.

With these threats top of mind, 37% of Asia-Pacific bankers see mastering digital marketing and engagement as their top strategic priority by 2020. 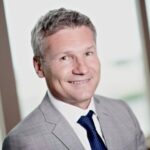 “Asia-Pacific bankers are acutely aware of the race they find themselves in against technology giants that have the capital and scale to take market share from established players. Neo-banks are not far behind and have the flexibility to outmaneuver major banks on the margins. To remain relevant, retain customers and appeal to the evolving demands of younger generations, banks must master digital engagement, and quickly.”

The report also found that as digital technology regulation in Asia-Pacific catches up to the rest of the world, 37% of bankers believe that this emerging regulation in areas such as data protection and digital taxation will have a significant impact on the banking sector. 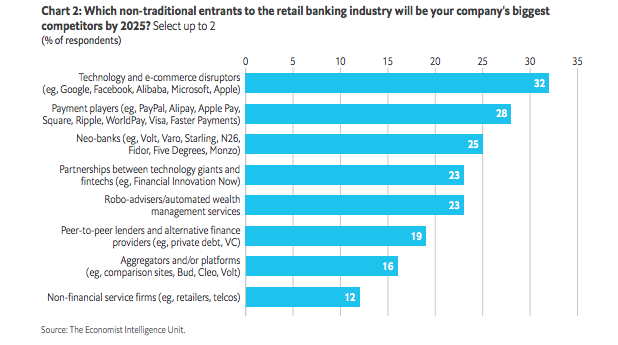 Regulation across the region has developed disparately. In Australia, open banking is being driven by the government to increase competition within established regulatory frameworks. In other parts of Asia-Pacific, such as Singapore, open banking is primarily being driven by the players themselves propelled by their desire to remain competitive and resulting in a need for retrospective regulation.

The report also points to China, where tighter licensing and data protection rules are set to diminish Alipay and WeChat Pay’s duopoly across the broader region.

As Challenger Banks Grow In Popularity, Incumbents Must Innovate