The deal, which gives ayondo full brand and name rights as well as operational control of TradeHero outside of China and the US, aims at expanding ayondo’s footprint in Singapore ahead of the company’s planned listing on the Singapore Exchange (SGX) which would make it the first fintech company to be listed on the exchange and imply the relocation of its head office to the city-state. 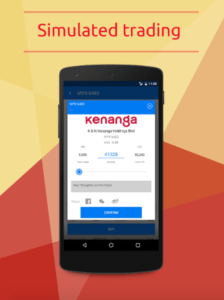 Singapore’s TradeHero, a free stock market simulation app, has been ranked the number one finance app in the Apple app store in over 90 countries, and has hit close to a million downloads outside of China and the US.

The app takes real data from stock exchanges to create a global social investment network. The platform provides experienced traders with the ability to monetize their expertise while allowing novices to learn from seasoned professionals. Users can compete with friends from their social networks, or on the global leaderboards with other users from around the world.

Commenting on the news, Dominic Morris, co-founder of TradeHero and the new head of innovation for ayondo Group, said: “ayondo and TradeHero share the same vision, that is to democratize the world of investing through easy-to-use disruptive technology and knowledge sharing.”

“For ayondo, mobile technology is a big part of the Group’s strategy for expansion and growth,” Robert Lempka, CEO of the ayondo Group said. “The TradeHero brand is extremely well established in Asia and was the missing piece in our product range. Following Top Traders and taking social trading to the next level, in offering fully automated execution is exactly what is in ayondo’s DNA.”

ayondo Singapore was established in 2014 after Luminor Capital Pte. Ltd. became a significant stakeholder in the group.

The deal with TradeHero comes a year after ayondo announced a partnership with KGI Fraser Securities Pte. Ltd., a Taiwanese-owned brokerage in Singapore, to launch KGI Contrax, a trading platform for investors to trade Contracts for Difference (CFS).

The group is now engaged in advanced negotiations with property developer Starland, a SGX-listed company, on a Reserve Takeover transaction. Lempka expects to have the deal completed as early as next March, he told the Straits Times. This would make ayondo the first fintech company to be listed on the exchange and imply the relocation of its head-office to the city-state.

The ayondo Group portfolio includes the Social Trading provider ayondo GmbH, based in Frankfurt and registered in the intermediaries register of the BaFin as tied agent of DonauCapital Wertpapier AG; and the FCA-regulated investment firm ayondo markets Ltd, based in London, which provides a sophisticated online trading platform for experienced individuals investing in CFDs and spread betting.

ayondo serves some 210,000 users from over 195 countries but less than a thousand revenue-generating active users are from Asia. Lempka expects the region to be the firm’s highest revenue contributor in three years. Soon Social Trading will maybe get poplular also in Asia with the help of ayondo.