Mobile Phone Continues to Be Vietnam’s No. 1 Device for Internet Use

Mobile use in Vietnam has significantly increased Internet penetration and growth in e-commerce, a new report says.

According to Moore Coorporation’s latest ‘Vietnam Digital Landscape 2015’ report, Vietnam is experiencing meaningful growth in Internet penetration, all thanks to mobile phones.

In Vietnam, 44% of the country’s total population is now Internet users, three times more than in 2005. But most importantly, the number of mobile subscriptions increased by eight times compared to 2005 with now 128.6 million subscriptions, surpassing the country’s population, 90.9 million. 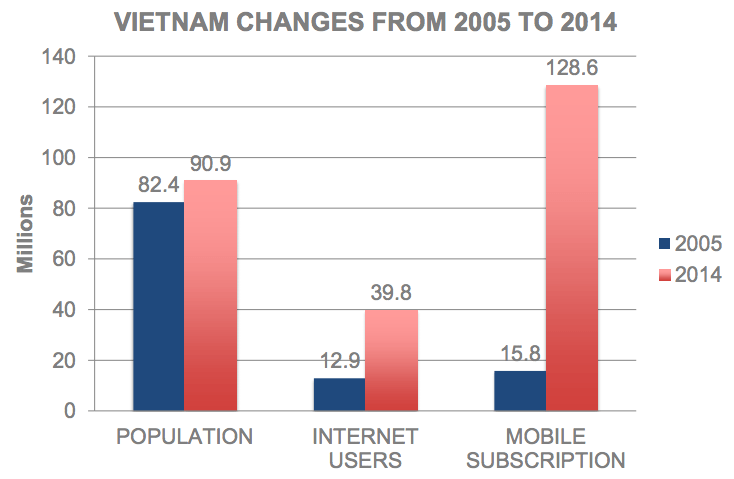 Overall, people mostly use Internet on their mobile phones (93%), followed by computers (44%). These users, typically aged between 15 and 35, spend about 169 minutes per day on their mobile devices, where they would generally go on social media, consult their emails or search for information. 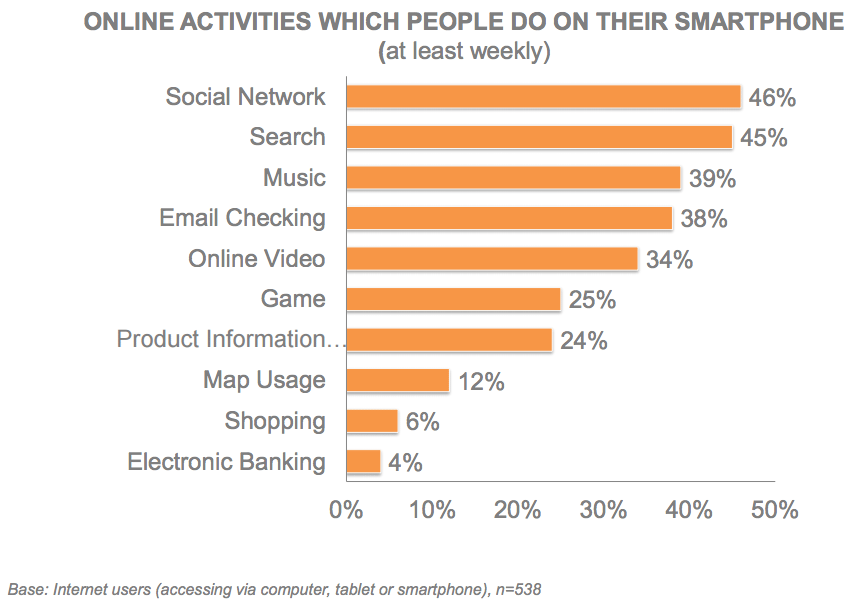 While people in most developed countries typically use smartphones – 87% of mobile users in Hong Kong and Singapore, and 75% in Australia -, users in Vietnam still predominantly rely on non-smartphone devices (52%). 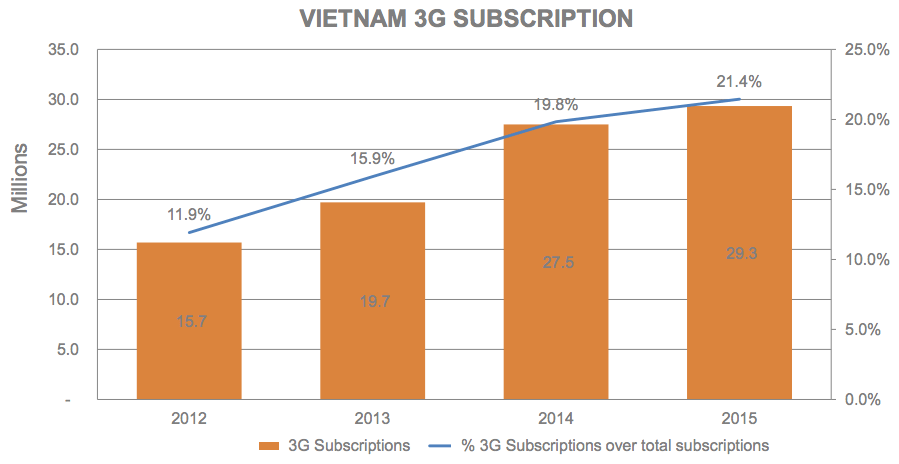 2014 saw a dramatic increase in the number of online marketplaces. During that year, 283 new e-commerce services websites had been confirmed and registered with relevant authorities.

So far, 58% of Internet users said they make purchases online. In 2014, it was estimated that one individual would spend US$145 worth of products and services throughout the year.

Revenue in Vietnam’s e-commerce market is expected to reach US$4 billion in 2015 and record annual growth of 25% annually to stand at US$10 billion in 2020.

The potential of the e-commerce and m-commerce in Vietnam is substantial as 20 million new Internet users are expected to enter the market over the next five years. But still, the country is lacking appropriate infrastructure.

In April, leading national news outlet Thanh Nien suggested that Vietnam had one of the slowest mobile Internet speed in the world, ranking as the second lowest globally behind Laos (3.33 Mbps), Cambodia (5.85 Mbps) and Thailand (5.41 Mbps).