While progress has been made in expanding financial inclusion, there are still billions of people in the world who do not have access to basic banking services, including access to credit. 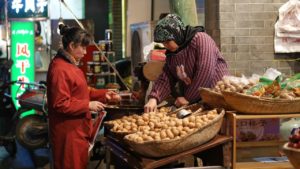 Yet, there is still a long way to go. The organization estimates that there are still about two billion unbanked people in the world. Countries in Africa and Asia have some of the highest rates of unbanked populations: 21% in China, 47% in India and 64% in Indonesia.

Being financially excluded means that you don’t have access to banking-type services of any description. The inability to obtain credit has created major barriers for people to overcome poverty by making it nearly impossible for individuals and small businesses to borrow or save money.

That being said, lending to the underbanked requires credit risk assessment and management that is as diverse as the universe of borrowers.

In emerging countries, credit assessment of individuals unknown to a lender is often subjective, time consuming and expensive. In many instances, it involves home visits by loan officers to interview applicants and their neighbors.

Furthermore, credit bureau coverage may be patchy or non-existent, reflective of the fact that many consumers in these markets still have little to no history with financial institutions.

In particular, the lack of data required by credit bureaus to allow accurate assessment, as well as limited know-how, are a real challenge for lenders in emerging economies.

“Bureau data tends to be out of date or incomplete. A majority of the alternative scoring providers use up-to-date current information, for instance, snapshots from a user’s mobile phone,” Barcak said.

“There will always be pockets of creditworthy people not within the bureau. Alternative scoring providers can potentially open up these demographics.”

Barcak’s venture, CredoLab, is a risk management startup headquartered in Singapore. The company has developed a credit scoring mobile app, called CredoApp. The software tracks the “anonymized digital footprints” of consumers and leverages on predictive analytics to generate their digital credit scorecards.

Like many others in the region, including TrustingSocial and Juan Credit, CredoLab harnesses technology and digital platforms to provide unbanked consumers in Asia with financial services. 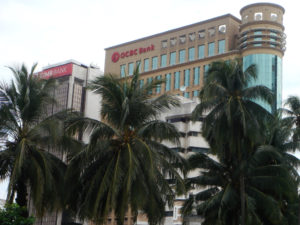 Besides the obvious social impact, the market opportunity of the unbanked population is enormous. Accenture estimates that bringing unbanked adults and businesses into the formal banking sector could generate about US$380 billion in new revenues for banks.

CredoLab partners with lenders across Southeast Asia and integrates its digital scorecard into their existing credit scoring infrastructure.

“Some companies typically use multiple alternative data sources to provide additional insight and reasoning for their credit decisions – to say there is no space for alternative providers alongside bureau would be a false statement,” Barcak said.

The company recently raised US$1 million to ramp up its product offerings and expand its operations. It is expected to generate more than a million credit scores by the end of the year and reach profitability by the end of 2017.

Lenddo and EFL Team Up to Lead Financial Inclusion Revolution