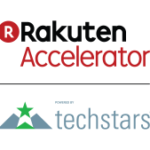 The three-month mentorship-driven Rakuten Accelerator is aimed at providing innovative startup companies from around the world the chance to shape the future of “Messaging as a Platform” for new technologies. It includes initial funding and three months of immersed mentorship.

The inaugural class of approximately 10 startups of this accelerator program will focus on disrupting and revolutionizing how businesses and consumers use messaging to conduct business and stay connected.

Hiroshi Takasawa, head of Rakuten’s investment arm, Rakuten Capital and newly appointed CEO at Rakuten Asia’s regional head office, will be one of the key executives collaborating on the global team setting the direction of the Rakuten Accelerator program.

Since joining Rakuten in 2005, Takasawa has been actively leading several Fintech businesses, including venture and private equity investments and contributed to merger and acquisition deals and post-merger integration processes. Prior to holding executive positions at Rakuten Inc, Rakuten Securities, and Rakuten Life Insurance, he also worked for Nomura Securities in Tokyo and New York. 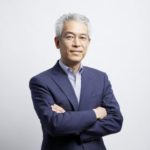 “We’re thrilled at the opportunity to share our business and technical expertise with the disruptive innovators of the future,”

“Together with Techstars, an organization with a remarkable track record for developing startup talent, I am very optimistic that we can strengthen the Rakuten global ecosystem and advance the culture of open innovation.”

Selected participants will receive a US$120,000 investment, access to the Techstars Network of over 5,000 founders, alumni, and mentors, and 400 perks worth over US$1 million to develop their ideas, along with mentor support from top executives and leaders from Rakuten’s E-Commerce, Fintech, Digital Content, Communications, and Research and Development teams.

Participants in Rakuten Accelerator will also have access to resources from across Rakuten’s global ecosystem of more than 70 services including Rakuten Viber messaging and voice platform. With hundreds of millions of users around the world, Viber also recently become the official communication channel of FC Barcelona, Official Instant Messaging and Calling App Partner of the Golden State Warriors and an official platform for the National Basketball Association. 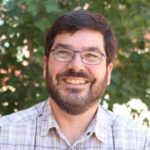 “Partnering with global tech powerhouse Rakuten to bring a Techstars Accelerator Program to Singapore is a major milestone for us. This accelerator will be the first for Techstars in an Asian city, and ranks Singapore alongside other worldwide startup hubs like Boulder, New York, London, and Berlin.

We are delighted to be able to offer an Asian accelerator, and give founders across the region the opportunity to join our worldwide network made up of tens of thousands of community leaders, founders, mentors, and investors.”

Applications for Rakuten Accelerator powered by Techstars open on January 8, 2018, and the program kicks-off in July in Singapore where selected finalists will join mentors to develop their businesses and technologies. The program will conclude with a demo day in October where each company will have the opportunity to showcase their businesses and meet industry leaders and investors from around the world.

This is a submitted Company Announcement/Press-Release. You can submit your own here https://fintechnews.sg/submit-a-fintech-singapore-asia-press-release/