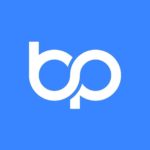 BigPay recently soft-launched its new app in Malaysia with a mission to provide low-cost, fair and transparent financial services for everyone.

The BigPay app is an everyday digital alternative to bank accounts with an accompanying card that gives users the flexibility to spend anywhere in the world.

Opening an account is quick, paperless and a painless experience, all done on your smartphone – no more queuing up at your local branch or waiting for an appointment to see a bank manager.

After downloading the app and signing up, each BigPay customer is issued with a unique Mastercard that enables users to spend securely at over 35 million merchants – both on and offline – as well as withdraw their cash from ATMs globally.

BigPay wants to be the top-of-wallet choice for its users, allowing them to top-up from all their existing cards, to manage their spending in one place and to take back control of their money with a convenient and seamless user experience.

BigPay is run as an independent company with a start-up culture running through its blood, reflecting the DNA of its entrepreneurial parent company, AirAsia. Tony Fernandes and Kamarudin Bin Meranun set up AirAsia so “everyone can fly”. In the same vein, BigPay’s ambition is to revolutionise financial services in South East Asia, so “everyone can buy”.

As part of the AirAsia ecosystem, BigPay wants to reduce the cost of travel for everyone. BigPay will be charging no FX mark up on international spending. Many debit and credit cards charge large FX spreads, transactional fees and have hidden cross-border fees. BigPay is waiving such fees.

New Wallet in Vietnam: SmartPay Acquires More Than 200,000 Users Since Its Launch