Changing consumer behavior combined with advances in technology has changed the relationship that customers have with their bank and with their finances. Customers rely less and less on walking into a branch for their banking needs, and instead have digital options to help them. 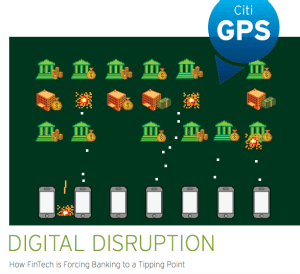 Entitled ‘Digital Disruption: How Fintech is Forcing Banking to a Tipping Point,’ the report provides insights on the current state of fintech globally. Citi identifies where fintech investments are being made by financial product and client segment, assesses where we are in the Disruption Cycle by segment and geography, provides insightful data on key fintech trends around the world, and takes a deeper look at innovation in each of the key product segments.

The report highlights key trends that include:

Fintech investment has grown exponentially in recent years. US$19 billion of investment has been invested into the sector in 2015, up two-thirds from US$12 billion in 2014.

The majority of this investment (73%) has been concentrated in Personal and SME banking which currently account for about half of the banking industry’s profit pool. Areas such as payments are where banks are seeing the most competition with new entrants starting to gain traction and ramp up their scale. 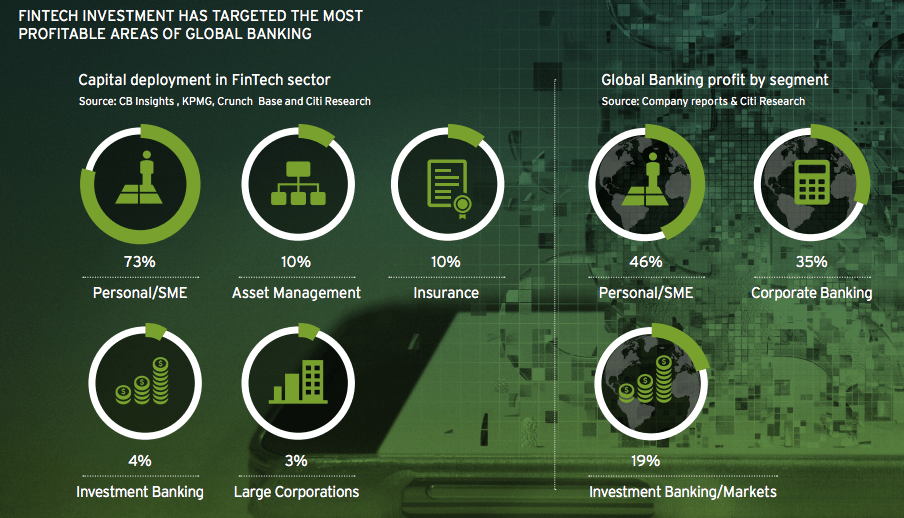 2. Europe and the US at the tipping point

Europe and the US are in the early stages of the consumer banking disruption cycle. Only a very small fraction of the current consumer banking wallet has been disrupted by fintech so far, but this is likely to rise.

About 1% of North American consumer banking revenue has migrated to new digital business models, Citi estimates, but that will increase to about 10% by 2020 and 17% by 2023. 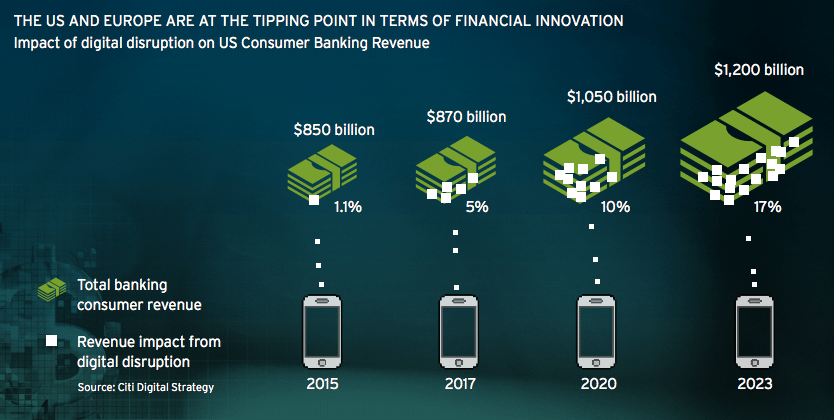 3. Past the tipping point in China

Unlike the US and Europe, China has well past the tipping point of disruption. The country’s e-commerce ecosystem currently stands as the largest in the world in terms of transaction volume and China’s top fintech companies, such as Alipay and Tencent, often have as many, if not more, customers than the country’s top banks. 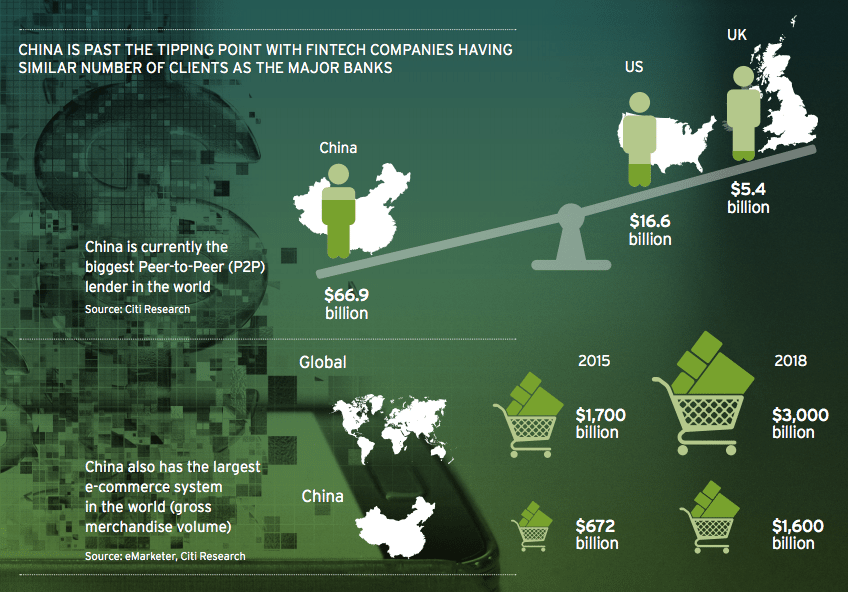 For almost over a decade, Kenya has led the way with M-Pesa launching in 2007 with currently 23 million active customers in 11 countries.

India’s large population (1.2 billion and counting), low level of banking penetration, policy initiatives such as the AADHAR program, and the ubiquity of mobile phones (~80% penetration), makes the country one of the big opportunity spaces for fintech. 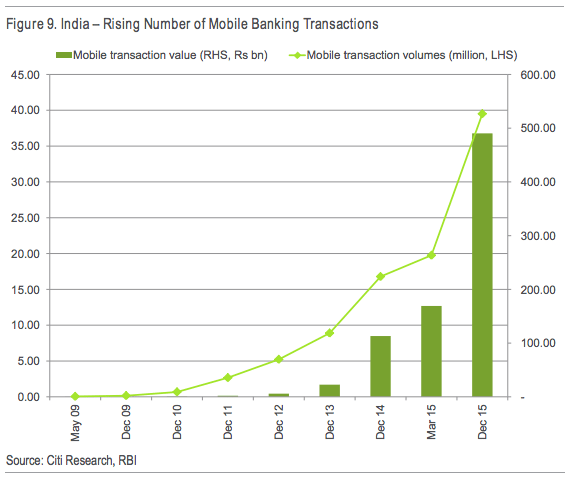 SMEs’ Limited Access to Financing is an Untapped Opportunity for Banks