Triggered in August 2014, Singapore’s Smart Nation initiative intends to turn the city-state into the world’s first smart nation. This major digital transformation, expected to be fulfilled by 2030, is aimed at turning Singapore into a hyper-connected country where the pervasive use of technology is expected to bring improvement in the quality of life of people.

As part of the Smart Nation initiative, Singapore is also working toward the vision of a Smart Financial Center and is putting a lot of effort into developing the fintech sector.

One of the innovations being intensively explored is the blockchain, the core technology underlying bitcoin, which promises to disrupt the financial services industry.

Singapore’s blockchain scene, although still in its early stages, have some promising ventures. Here’s a list of the 8 blockchain, bitcoin-focused Singaporean companies that are worth watching:

On its platform, users can form, fund and govern their companies on the blockchain, bringing company incorporation to the digital era, according to Otonomos’ co-founder Han Verstraete.

In October 2015, Toast raised S$1.2 million in a seed funding round led by Aetius Capital and ACE & Company to fuel its expansion in the large and growing Asian remittance market.

DigixGlobal is an asset tokenization platform built on the Ethereum blockchain that aims to marry the functionality and transactional utility of cryptocurrencies with real world physical assets.

On DigixGlobal, one Digix Gold token represents a one-gram share of a physical gold bar. Users can redeem their Digix tokens any time or trade them on the Ethereum blockchain for goods, services or any other digital assets such as bitcoin and ether.

CoinPip is a payments company that leverages the bitcoin blockchain to allow global money transfers. The company targets the freelancers and remote workers community by providing them with a solution to get paid in faster and easier way.

Users don’t need to know anything about bitcoin as payments are sent directly into the recipients’ bank accounts in conventional currencies.

DXMarkets has offices in both London and Singapore, and was one of the ten startups to be selected to join FUSION’s 2015 fintech acceleration program.

Ripple Gateway Pte Ltd, established in November 2013 in the Republic of Singapore, enables customers to deposit and withdraw Gold, Silver and currencies into and out of the ripple payment network.

Using the ripple network, customers can purchase tokens that represent precious metals and can collect their physical bullion upon demand. 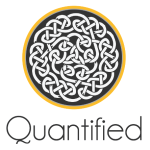 Founded in 2013, Quantified Assets is a private investment company offering tailored education and services for saving and trading in physical precious metals and cryptocurrencies like bitcoin.

CoinHako is a bitcoin wallet service for consumers to buy, sell and secure their bitcoins.

In May 2015, CoinHako was awarded a winning position at the inaugural Blockchain hackathon organized by DBS Bank in Singapore. The company has attracted financing from investors in Silicon Valley – namely Tim Draper, Josh Jones and Boost VC.