What’s the Difference Between Asian and European FinTech? 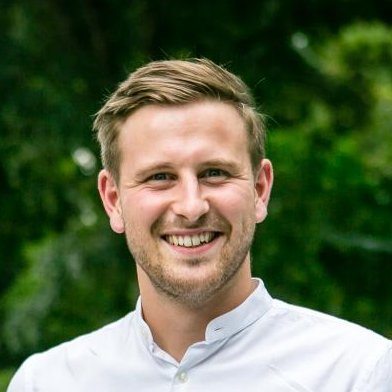 In the early April, the FinTech festival Money 2020 Europe happened in Copenhagen, Denmark, attracting all kinds of FinTech identities, from start-ups to giants alike all around the world. This global event gave all participants a worldwide view of FinTech. Below is the opinion from Markus Gnirck, Co-Founder of tryb, who was a member of the panel “Opportunities in Asia” at Money 2020. It’s about the differences between Asian FinTech and European FinTech.

“Having just spent a few days in Copenhagen (Money2020 was a full on FinTech festival) and London, many were curious what’s going on in Asia. Very common questions were: “What’s the status in Asia? How is it different to Europe? What works / what doesn’t work?”.

Hence, here a little summary of some conversations and also of the panel ‘Opportunities in Asia’ at Money2020.

First of all, we should be mindful to not put Asia in one big basket. Four main regions should be considered: 1) China, 2) India, 3) South East Asia and 4) developed countries (Singapore, Japan, Korea, Australia, etc.). Each of them has very different dynamics, consumer needs & behaviours and technology infrastructure.

As China is way ahead in financial technology innovation (some argue ahead of the UK & US), India and South East Asia are the new frontier markets for fast growth consumer finance. Developed countries offer great markets for infrastructure and efficiency B2B plays.

Given that we are based with tryb in Singapore and are working in the ASEAN markets, the following points are focussed on regions 3) and 4).

Western and European banks have been hit hard by the Global Financial Crises. The increased cost of capital has forced many institutions to shed assets and build up large capital pools. Technology is needed to enhance systems, replace inefficient platforms and create new revenue streams. A great fertile ground for innovation to take place.

Secondly, the GFC has pushed lots of talent in the entrepreneurial markets and brought with it knowledge, execution and resources. Successful new companies have been built on the back of that.

This is mostly not the case in ASEAN. Banks haven’t been hit by GFC dramatically; DBS made profit the past 15 years for example. There isn’t necessarily a need to innovate as soon as possible. Also, where western banks have been challenged by the likes of alternative finance platforms and new payment gateways, ASEAN banks are rather worried about Alipay (fair enough!) than entrepreneurs taking away chunks of their pie.

It doesn’t matter whether it is B2B, B2C, B2B2C, C2C, etc., Western regulators provide enough openness to allow a certain grey zone so that new technology and business models can take place. ASEAN governments and regulators in contrary are closely watching the FinTech startups and are in particular strict about any model that has a ‘C’ in it. The huge Ponzi schemes in China around the 1000s of p2p lending platforms and the US$Bn consumers lost during the Chinese stock market crash last year, has taught the authorities to be actively involved.

An additional point is that many local and regional banks are either owned or backed by sovereign wealth funds, which poses the question whether a country likes to see its assets diluted because of disruptive players?

Europe: A corporates’ games VS ASEAN: Many local family gigs

Money2020 has proven how many different corporates are involved in the FinTech game. From banks, tech vendors to Google and Alibaba, many are creating new technology, buying FinTech and/or investing in promising companies.

For FinTechs it is fairly straight forward to engage or work with one or many of them to have a successful route to market. You’ve got innovation departments to deal with, follow newly setup procurement processes or have an API to latch onto.

Not the same in ASEAN. Most corporates are owned by families that have built large conglomerates over the last century. It is probably fair to say that per country you find a handful families that have huge impact on the country’s socio-economic development. To deploy technology and scale a business, you got to have the right relationships! It can be described as a very long flirt…

Europe: Are real problems being solved? VS ASEAN: Too many problems without scalable solutions?

Either I am being skewed by having had too much input from Asian markets, or it is actually true, but it strikes me how little problem solving there actually is amongst European FinTech companies.

Mostly on the B2C front it seems difficult to understand the potential scale if the company passes the 20,000 early adopters. Piggy backing on existing infrastructure, establishing up new trust in a 200-year-old industry and building great interfaces, can’t be enough. How can you build a neo bank when consumers are already familiar with the old banks?

If you take in comparison an Indonesian family that has never heard the word ‘bank’ before and has just started to think about saving cash, it is possible to introduce real FinTech. If the concept of ‘insurance’ is reimagined on WeChat in a completely new way (donating a travel cover via chat to your traveling mum), FinTech seems to solve real financial needs and problems. Unfortunately, we haven’t seen the talent yet in ASEAN to build scalable solutions for the many opportunities.

Europe: FinTech is Bottom Up VS ASEAN: Top Down Approach

All of the above can be summarised fairly easily: FinTech takes a bottom-up, more typical startup approach in Europe. ASEAN rather works top down with having the right resources and relationships in place.

Where the European Union provides a big market to scale, ASEAN consists of 10 different countries that got to be carefully separated and individually analyzed.

It became clear that there is a lot of exciting technology in Europe that got to be deployed the right way in South East Asia. However, being able to open the right doors and having decent resources in place is key for success.”