Singapore-based crowdfunding platform, FundedHere, announced the launch of FundedX, a new private stock exchange to facilitate the trading of shares of high-growth startups and privately-held companies in Southeast Asia.

FundedHere plans to establish FundedX as an exchange platform for Southeast Asia’s private markets by creating new opportunities for investors and providing much needed liquidity for shareholders of privately-held companies in the region.

Typically in the fragmented secondary sales market, the process of buying and selling shares can be quite tedious as individual parties have to connect directly with intermediaries, company secretaries and share registrars.

FundedX aims to remove this friction by supporting the end-to-end process from connecting companies to a global investor base, to assessing shareholders and interested buyers, to taking on administrative burdens, and providing the transaction framework.

To further enhance the transaction process, FundedHere also has plans to incorporate smart contracts powered by blockchain technology into the process for a safer and more cost-efficient trade.

Through Funded, legacy shareholders such as ex-employees and early investors can monetize their returns.  Employees with stock options seeking partial liquidity can also submit verification of ownership to participate on the exchange.

Interested investors can submit buy requests which will be processed through FundedX’s algorithm to match transactions. Once shareholders and investors are paired on the platform, the company, whose shares are being transacted, will then need to approve the sale and deal terms for the transaction go through.

FundedX aims to have end-to-end process completed within two weeks. 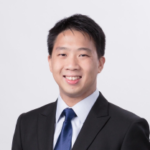 “FundedX is a game changer that will help to bring much needed liquidity to the private market. We see this new platform as a complementary and natural extension of FundedHere’s current offering that will support yet another key stage of the funding cycle for emerging companies.”

FundedHere has obtained prior regulatory approval from the Monetary Authority of Singapore in 2016 as the first crowdfunding player in Singapore to be awarded a Capital Markets Service License, allowing the company to deal with securities.

The company disclosed that it has already received interest from several investors, companies and shareholders throughout Southeast Asia to participate on the platform, and plans to go live with its first transaction within three months. 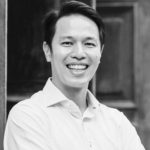 “No one has created a private exchange that is able to deal with the logistical challenges that come with dealing with many shareholders and investors of a company.  FundedX has not only found practical solutions to enable the buying and selling of shares in private companies, but also done so on a regulated and transparent platform that boosts investor confidence.”