Instead of Loose Change, Cheers Shoppers Can Transfer Change into EZ-Link Card

Wirecard announced that they’ve extended their partnership up with EZ-Link and Cheers.

Now cardholders purchasing goods at select Cheers stores can elect to transfer any change to their EZ-Link card for free.

Due to a longtime monopoly that was only recently met with competition, EZ-Link is probably one of Singapore’s most widely used contactless cards for both buses and trains and as a result, many Singaporeans own and use an EZ-Link card.

This initiative was first announced earlier this year in February as part of a joint effort by EZ-Link and NTUC (National Trades Union Congress in Singapore). The move aims to encourage cashless transactions and reduce the usage of coins countrywide.

The partnership won’t be the first time that Singaporeans attempt to tackle loose change. Bucket Technologies allows those in Singapore to receive their change in a Bucket account instead of physical cash. 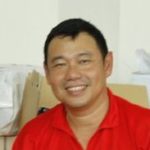 Jeffry Ho, Regional Managing Director at Wirecard, said, “With both EZ-Link and Cheers being so deeply embedded in the lives of Singaporeans, we’re delighted to partner with them by improving the everyday experience of those they serve through offering new and innovative payment options.”

“Being at the forefront of the digitalization of payment processes, we’re constantly exploring new initiatives that support the national agenda to accelerate the promotion of a cashless lifestyle in Singapore.”

Singaporeans Confident To Go Cashless For Up To Three Days