The emergence of fintech has driven the introduction of new business models, including peer-to-peer (P2P) lending, a sector that’s grown in popularity around the world for its ability to fill the void left by traditional lenders. 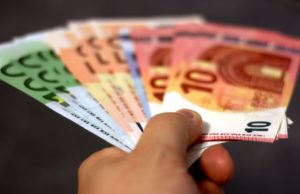 Alternative marketplace lending or P2P lending refers to a non-traditional form of lending money. It is in contrast with the traditional lending method, where the bank or other financial institution offer loans to individuals or small and medium businesses (SME). Instead, P2P operates through an online platform that matches lenders with borrowers, promising lenders higher returns than a savings account or other investments, and borrowers, lower interest rates than at a traditional financial institution. 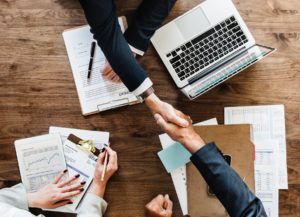 The Capgemini World Fintech Report 2018, released earlier this year, highlights the importance of collaboration between fintechs and traditional financial services firms and notes this growing trend across all segments of fintech, including P2P lending.

US-based P2P lending platform Kabbage, for instance, has partnered with a few incumbents such as Scotiabank (for streamlining online lending), MasterCard (for providing business loans through MasterCard’s network of acquirers), ING (to provide capital to small businesses), and Santander (for offering loans to SMEs).

Another example is Lending Club which partnered with Google to provide low-interest financing to eligible Google partners. The partnership leverages Lending Club’s ability to cost-effectively provide access to credit in a highly automated manner and allows Google to purchase the loans, thus investing its own capital in its partner network to drive business growth.

The World Fintech Report 2018 argues that in the long run, collaboration will be essential to foster success for both fintechs and traditional financial firms. By partnering with traditional financial services firms, fintechs can provide their offerings to a broader customer base, while financial institutions gain access to more efficient solutions that better suit changing consumer expectations.

Technology is truly changing the financial landscape and while P2P lending is often praised for bridging gaps in credit systems, the practice is now facing increased criticism, notably in China. 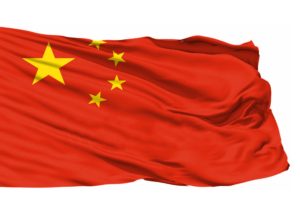 China is the world’s largest market for P2P lending, valued at an astonishing US$190 billion but over the past months, a wave of defaults has swept across the industry, causing investors to withdraw funds and leading platforms to collapse.

Numerous owners of failed platforms have just disappeared into thin air while owning millions of yuan to investors. Several platforms have also been found to be straight-out scams.

The rapid rise and fall of China’s P2P lending industry demonstrates that regulations are not following the speed of developments to properly protect investors.

Many who lost money feel like regulators could have done more to protect investors, questioning why these platforms were allowed to portray themselves as government-approved in the first place.

On the other side of the world, in the UK, the planned initial public offering (IPO) of Funding Circle on the London Stock Exchange has been met with both optimism – for enabling the sector to gain wider recognition and validation – and also criticism – because of its infancy and often misunderstood risks.

The UK’s Financial Conduct Authority took responsibility for oversight of loan-based crowdfunding platform in 2014, limiting the ability of ordinary investors to plough more than 10% of their net investable assets into crowdfunding campaigns.

Today, the financial regulator is concerned that investors might take on more risk than they realize and has recently suggested a ban on P2P lenders directly marketing to less sophisticated investors. A consultation with the industry will close at the end of October 2018.

Rise of the bigtechs

But perhaps one of the most intriguing trend that’s likely to disrupt not only P2P lending but the whole lending sector is the coming of bigtechs – the large, multinational technology firms with a huge retail customer base such as Amazon, Google and Facebook.

These are jumping into the financial services business and come with great strengths: financial muscle on one side, and tech experience augmented with first-hand experience of dealing with a large retail customer base on the other.

One of the most impressive tech-powered success stories is Alibaba and its financial services affiliate Ant Financial.

Founded in 1999, China’s e-commerce giant Alibaba was quick to realize that it needed to leverage innovation and technology to fuel growth. In 2003, it started Taobao as a consumer e-commerce platform and added Alipay to it in 2004 as a third-party online payment platform.

Since then, Alipay, which was later renamed Ant Financial, has played a vital role in Alibaba success and has successfully built its standalone presence with a wide range of financial offerings, including payments services, wealth management services, insurance products, and lending services.

This article first appeared on fintechnews.ch