There is still a lot of space in the logistics sector to use digitisation to achieve more transparency and, particularly, more efficiency. This is perhaps why the field of logistics has been of particular interest for companies across the globe, with a specified interest in streamlining distribution and supply chains.

In this context, ABN AMRO, the Port of Rotterdam Authority and Samsung SDS, the logistics and IT arm of Samsung, have joined forces to launch a pilot based on blockchain technology. The ultimate goal is for a complete, paperless integration of physical, administrative and financial streams within international distribution chains.

The development of the pilot was assigned to BlockLab, which was established by the Port of Rotterdam Authority.

The pilot involves the multi-modal transport of a container from a factory in Asia to a location in the Netherlands. In the first instance, the pilot will be implemented by the three parties, but the cooperative network will then become open for other parties to join. The pilot starts in January next year, and the results will be announced in February 2019. 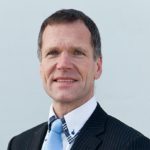 “This results in inefficiency as many parties are involved and everything is organised via paper documentation. For instance, an average of 28 parties are involved in container transport from China to Rotterdam. The transportation, monitoring and financing of freight and services should be just as easy as ordering a book online.”

“What is particularly special about the project is that, for the first time in the rather short history of this technology, we can have different blockchains operating together. This takes place via an overarching ‘notary’ that connects entirely separate blockchains in Korea and the Netherlands.” 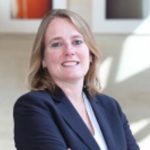 “We will be integrating all these flows in our pilot: from workflow management combined with track & trace to the digitisation of paper documentation such as waybills and the financing of handled freight or services.”

“The ultimate goal is to reach an open, independent and global platform that operates from the perspective of shippers. This will make the logistics chain more transparent and efficient, and millions of euros can be saved in the long term.”