The 5th iteration of KPMG’s annual Fintech 100 list has come out recently, in a bid to highlight dynamic fintechs from around the world that are doing something right in the financial services industry, be it digital payments, lending, insurtech, to the sexier neo-banks.

For the first time since the rankings have been produced, there are up to 6 Singaporean companies among the top 100.

This is more tangible proof that the government’s permissive and open stance to fintech across the globe has helped to bolster even local players in the republic, and lends reason to why Singapore is often named one of the fintech hubs of Asia.

The Fintech 100 list is divide into two. One of them is the Leading 50 fintech firms, ranked based on innovation, capital raising activity, size and reach. 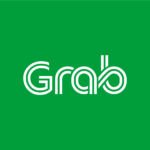 In this particular list, the infamous Grab is the only Singaporean entrant into the category, which perhaps in no small parts thanks to the company’s new drive into its GrabPay app and a mission to bring multiple payment-based functions into one platform.

Grab had its beginnings as a taxi listing app in Malaysia, but once it transitioned over into Uber-style ride-hailing business offerings, the company truly began to flourish across Southeast Asia and eventually absorbed Uber in this region, though that was a contentious business decision.

Now, Grab has made a strong push into its GrabPay e-wallet, especially expanding its multi-use platform to countries like  Indonesia, Malaysia, Phillippines and Vietnam. To top off their seemingly definitive foray into fintech territory, Grab has also launched Grab Financial in March, with the addition of loan and lending services, as well as insurance.

The next entrant onwards are all companies in KPMG’s 50 Rising Stars, which basically refers to up-and-coming companies that is deemed to have high potential. This is because these companies are seen as being at the forefront of innovative technologies, often through pursuing new business models. 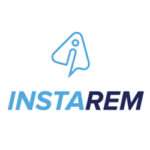 The first Singaporean on this list is InstaRem, a Singapore-headquartered company that offers cross-country money transfers with a goal of reducing the cumbersome paperwork and multiple touchpoints that increases transfer costs.

When India-born founder Prajit Nanu was planning a friend’s bachelor party in Phuket, the frustrations he felt during the fund transfer process prompted him to attempt to find a solution for international money transfers. The realisation led him to collaborate with Micheal Bermingham, an expert in compliance in multiple regions.

The company incorporates the Ripple cryptocurrency in its business model since February and even recently won Blockchain Innovator Awards by Ripple. 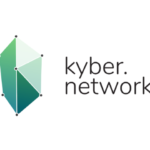 It wouldn’t be a fintechs of 2018 list without a blockchain company, and Kyber Network represents this niche for Singapore. Kyber’s name of the game is liquidity, and thus, it’s Ethereum-backed on-chain liquidity protocol allow decentralised token swaps to be integrated into most applications.

Developers utilising the protocol can use it to build payment flows and financial apps, which includes instant token swap services, ERC20 payments, and other financial apps.

Kyber takes on a different strategy from decentralised exchanges that have come into recent favour after the rejection of centralised trading exchanges due to inefficiency, security issues, and bureaucracy.

Instead, Kyber Network tries to innovate by having a large pool of reserves in place for a variety of currencies, which allows for instant exchanges. While Kyber Network aims to offer other platform developers the ability to liquidate quick, the network itself does more or less function as its own exchange. 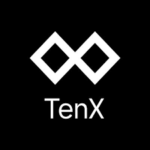 TenX, essentially, is a cryptocurrency wallet that enables users to actually spend their cryptocurrency on cash, which helps the currency achieve its intended goal of participating in the global economy instead of just another speculative market.

The wallet’s use in real-life is often bolstered by its physical Visa card launched in 2017, allowing for cryptos to be used in places that wouldn’t otherwise accept them, though the conversion model and costs are currently undisclosed.

TenX’s 2017 ICO raised $83 million, and is said to be one of the bigger ones that occurred in the time-span.

However, the company is not without controversy. The first version of their cryptocurrency debit card ended up getting recalled due to non-compliance, and most recently, the company had to temporarily disable logins due to brute force attacks. 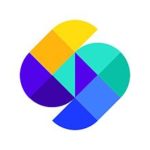 A vetted small business would be able to list on the platform to raise funds if they can’t otherwise get a loan, while investors can diversify their assets and help bolster the small businesses in their regions.

To help reduce loan default rates, Funding Societies provides a scorecard-like assessment of how creditworthy a business is, after an analysis of how its doing financially, the founders’ credit scores and most importantly, its business model.

The company’s strongest branding is perhaps its Indonesian presence Modalku, which helped them raise USD25 million in Series B funding led by Softbank Ventures Korea.

Most recently, Funding Societies in Malaysia announced that they have launched invoice financing, to help SMEs keep their business afloat admist late invoice payments due to entrenched business cultures. 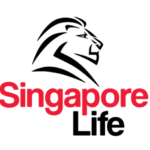 Representing the insurtech spectrum of fintech, Singapore Life’s core offering is the low-hanging fruit of Southeast Asia: digitising the mounds of paperwork usually associated with insurance and taking on a paper-free strategy.

Digital robo-writing and identity verification capabilities allows the platform to help expedite application and approval processes. This lends well to the company’s most recent development: a next-day critical illness claim benefits, which allows its insured to claim payouts within 24 hours.

The platform is a third-party issuer of insurance, and has to onboard existing insurers into its platform. This allows the company to produce a user-friendly dashboard for insurance customers to more easily track their coverage, and get more information more easily thanks to a live chat function (which includes a chatbot).

It doesn’t seem like the company is doing much more than many other insurtech companies in the same field, but there is something to be said about doing something well, perhaps.