LINE Plus Corporation (the chat app) announced last week that it has acquired GrayHash, an online security research center specializing in “offensive research” and counter-hacking techniques.

With the acquisition, the Korea-based GrayHash has been renamed GrayLab and tasked with developing and optimizing security solutions for LINE’s services, including messenger, fintech, AI, blockchain and the digital asset exchange. 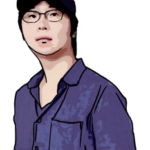 GrayHash CEO and co-founder SeungJin Lee will continue as lead of GrayLab. Lee qualified for the finals of the Def Con CTF (Capture The Flag) in 2006, becoming the first person in Asia to do so. He also served as an advisor for the Cyber Bureau of Investigation at the Seoul Eastern District Prosecutor’s office and the Korean military’s Cyber Command. He currently serves on the review boards for the security conferences BlackHat Asia and Code Blue.