Banks and Corporates Need to Rethink How They Approach Innovation—Again

This is a common rallying cry in this era of Silicon Valley and agile tech startups, and the banking industry is not excluded from this narrative.

Fintechs grow ever popular, with their on-demand services, particularly to those traditionally underserved by established banks. The growing number and breadth of challenger banks, often with round-the-clock banking capabilities, offers an ever-enticing counterpoint to physical banks too.

The pressure is on.

However, Innovation Isn’t as Easy as Flipping a Switch

Fintechs have the advantage of envisioning their offerings digital-first from the ground up. Over the many, many years of its existence, banks tend to have invested into its existing processes, and see digitisation efforts more as a plugin to their existing channels.

Considering the often millions and billions invested into these processes and the employees hired to fill these roles that may have to be let go, it is difficult to convince banks to abandon their existing procedures.

With so much money and assets at stake, it’s natural for banks to be risk-averse.

There’s also an issue of security, as a poorly envisioned digital strategy could put an otherwise secure bank at risk. Fail fast and fail often, a mantra for today’s tech businesses, may be seen as too risky for banks to tackle.

As technology gaps widen, and agile innovation-first approaches of tech companies grow ever alien to the existing rigid banking cultures, banks naturally become more reticent to embrace the mindset and changes needed to catch up with current trends.

These difficulties are understandable, and fortunately, are not impossible obstacles to overcome.

It’s Been Done Before

Granted, the impetus for Deutsche Bank’s overhaul partly stems from hefty legal fees due to financial scandals in 2015, which forced them to shutter business 10 countries and cut 15,000 jobs.

Nevertheless, the bank decided to streamline its business the next year via tech. Deutsche Bank’s 45 operational systems will be reduced to four by 2020, and there was talk of quadrupling the bank’s cloud technology use to factor 80% of its systems.

Deutsche Bank estimates that it will have spent EUR750 million (approximately SG$1.15 billion) for digitisation by 2020. 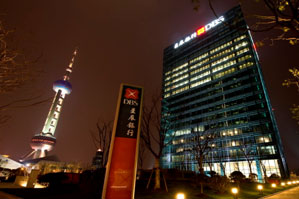 Singapore’s DBS Bank made its digitisation efforts as well, which later granted it Euromoney’s award for World’s Best Digital Bank in 2018—and 72% of its total profit in 2017 from digital customers. In fact, the bank leveraged its brand name and capital base to help ensure its earnings despite investing some SG$1 billion annually into tech.
The secret?

Banks Don’t Have to Innovate Exactly like Fintechs Do, but Embody Its Principles

It all starts with putting your customers at the center of your universe, and creating an integrated approach, which is something that I’ve consistently advocated for and written about at great length previously.
Banks should have two goals: proactively capitalising on digitisation, and vigorously protecting high-value clients through innovative products and services.

What’s important here is ensuring that channels are tightly integrated. At the cusp of DBS Bank’s eventual award-winning technology upgrade, for example, was an incident in 2009 that occurred to Paul Cobban, who is now Chief Operating Officer.

A taxi ride revealed to Paul that customers often said that DBS stood for ‘damn bloody slow’. Later, CEO Piyush Gupta instituted a new corporate strategy which included a five-day workshop focused on eliminating wastes—not the usual wastes on corporations’ mind, but the wastes in customers’ time. Using customer hour as a metric, they apparently removed 250 million customer hours of waste per year.

This clearly demonstrates the power and importance of overhauling not just outdated systems but also the way of thinking as well.

Another prime example is Ping An, an insurtech giant that took this concept, put it on steroids, which was best explained by my colleague Hans W. Winterhoff in a guest post with Fintech News Switzerland where he broke down key lessons that insurers could learn from Ping An

The real battleground between the incumbents and the disruptors right now is whether banks can innovate faster than the startups can scale. I believe that banks have the upper hand here, between their higher access to resources, extensive connections and better ability to navigate stormy regulatory waters unfamiliar to your average fintech.

So why are fintechs and techfins still able to run with innovative thinking more quickly than banks can?

Big banks can learn from companies like Ping An, WeChat, Amazon, Airbnb, which have succeeded in areas that traditional companies used to dominate by considering the full spectrum of a customer’s experience. Instead of just providing products they were thinking as a platform.

I’d like to bring a famous international hotel chain as an example, which I have refrained from naming to avoid shaming. They are not a bank per se, but their situation may resonate with many incumbent banks.

Traditionally they stand as a respected and established name, but it finds its rice bowl in jeopardy when Airbnb entered the space, expanding its platform to encompass more holistic travel offerings over time.

The chain’s answer was to launch end of April 2019 its own home sharing arm, offering a huge variety of leisure homes from castles to beach houses.

However, is simply copying Airbnb in 2019, seven years after Airbnb got 10 million bookings, truly innovation? It probably took months or years for them to discuss this new offering in board meetings, and even more time and money to find engineers and partners—all to produce a copycat vision that Airbnb is already moving away from.

Their project, unfortunately, misses a crucial point: Airbnb isn’t just a booking platform, the secret to Airbnb’s success lies in the customer experience. Airbnb’s marketplace cultivates a community of hosts and travellers. When a traveller comes to stay in an Airbnb, they get one-on-one interactions with hosts that genuinely care about their experience in the space as it will impact their superhost ranking.

Please figure out your customer’s entire financial journey, and rethink how they interact with your brand throughout. A simple change could go a long way. With APIs and partnerships available, customers may not even need to interact with you directly for you to make their lives easier.

I’ll be delving deeper about this innovation network approach in my next column. 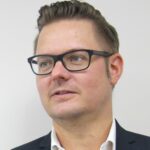 Jan heads KPMG Digital Village, he is also the co-lead for KPMG Global Innovation Network. He is helping organizations in co-creating radical new or optimizing existing business models that help corporate clients outpace the competition and create lasting impact. Jan is a published author specialising in the areas of Fintech and emerging technology.

Why Platformication is Key to The Next Banking Revolution