In recent years, Singapore has emerged as a hotbed for blockchain and crypto innovation, fuelled by the supportive stance from the government towards adopting cutting technologies. Sources say that there are over 634 companies have been incorporated in Singapore with a combined market capitalization of approximately US$8.3 billion.

Last year, the National Institute of Singapore (NUS) announced a partnership with IBM to develop a curriculum around blockchain and distributed ledger technology (DLT), and governmental agencies and regulators themselves, including the Monetary Authority of Singapore (MAS), are exploring the use of blockchain and DLT to improve processes and efficiency in areas including payments, trade finance and document certification.

OpenCerts is an open source and Singapore government-linked blockchain project. OpenCerts provides a platform to publish educational credentials, allowing students and employers to verify certificates. The certificates issued on OpenCerts are designed to be tamper-proof. Once a certificate is created, its data is converted into a hash – or a string of random letters and numbers – and stored on popular decentralized blockchain Ethereum.

OpenCerts is reportedly the largest blockchain-related application of its kind launched globally to date. GovTech Singapore developed OpenCerts in cooperation with the OpenCerts Consortium.

Project Ubin is a collaborative project led by the Monetary Authority of Singapore (MAS) with participation from the financial services industry. The project focuses on exploring the use of distributed ledger technology (DLT) for clearing and settlement of payments and securities.

It aims to help MAS and the industry better understand the technology and the potential benefits it may bring through practical experimentation. This is with the eventual goal of developing simpler to use and more efficient alternatives to today’s systems based on digital central bank issued tokens.

Project Ubin has completed what is said to be the world’s first successful trial of cross-border payments between two central banks using digital currencies. 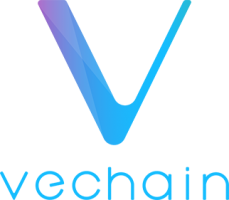 The VeChain project started in June 2015, focusing on building a trust-free and distributed business ecosystem that enables transparent information flow, efficient collaboration and high-speed value transfer. Specializing in blockchain and Internet-of-Things (IoT) technologies, VeChain has become one of the few blockchain platforms with real world business applications adopted by reputable enterprises including BMW.

VeChain works with top-notch universities worldwide in its blockchain research and development (R&D) capacity including Tsinghua University, Stanford University, MIT, Oxford Mathematical Institute, and City University of Hong Kong, and is one of the leading firms globally in terms of blockchain related patents. The project is overseen by Singapore-based non-profit organization, the VeChain Foundation. 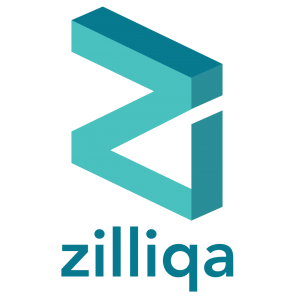 The core feature that makes Zilliqa scalable is sharding – the division of the network into several smaller component networks capable of processing transactions in parallel. This allows the platform to achieve a throughput of more than 2,800 transactions per second in its testnet. Zilliqa aims to rival traditional payment methods such as VISA and MasterCard.

The startup recently launched Project Proton, a platform aimed at addressing the issues of fraud, transparency and inefficiency in digital advertising.

Founded in 2014, Bluzelle is a decentralized data ecosystem that allows individuals and businesses to have full data control and the ability to monetize their data. The company is building “the New Data Economy” with the Bluzelle decentralized database at its core that allows for the management and storage of data through sharding to achieve high security and scale.

Alongside the database, Bluzelle offers a framework that supports private data control, data syndication and decentralized web infrastructure with a payment system supported by the ecosystem’s BLZ token.

Bluzelle completed a US$19.5 million initial coin offering (ICO) last year. It is also featured on our Singapore’s Top 29 Fintech Startups in 2019 list.

Electrify is a Singaporean startup that is using the blockchain to allow people to trade electricity on a peer-to-peer (P2P) marketplace. The company is the developer of Synergy, the first city grid-scale P2P energy trading platform in Asia.

The platform was successfully deployed a pilot test in Singapore and the company has secured a strategic energy partner in TEPCO, Japan’s largest electricity company and fourth largest power company in the world.

In the coming year, Electrify said it will partner with one of the largest generation companies in Singapore to commercialize Synergy.

The company is also actively engaging with power companies and energy stakeholders across Asia Pacific for more partnerships beyond just P2P energy trading. In March 2018, it raised US$30 million in an ICO in less than 10 days. 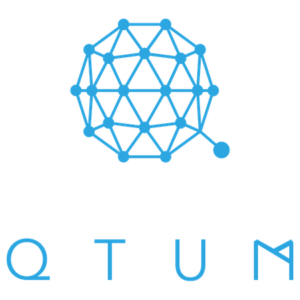 In April, Qtum announced Unita, a private blockchain for businesses previously known as Qtum Enterprise and QtumX. The Unita blockchain is based on the Qtum Mainnet code modified to use permissioned Proof of Authority consensus. It promises high speed with 10-second block spacing.

The Qtum Blockchain Foundation is the not-for-profit organization based in Singapore that oversees the Qtum project.

Also read about Govtech in Europe here, how Blockchain and Fintech could shape it.

The Truth About Bitcoin Remittances