OCBC bank announced today it will be enabling customers enabling customers to withdraw cash by just scanning a QR code using the OCBC Pay Anyone app, then authenticating the transaction via fingerprint, faceprint or mobile banking login credentials.

The bank cited that despite mobile banking usage tripling and strong growth trajectory for their digital offerings, 3 million withdrawals are still being made each month at their ATMs machines, unchanged from a year ago. They attributed this to be the reason to attempt to improve the experience of ATM withdrawals.

The bank claims that withdrawals using this new proccess will be twice as face as the traditional way of withdrawing from the ATM. 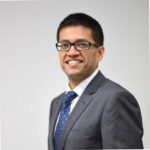 “As we accelerate our drive to go cashless, we also recognise that ATMs are still an essential and frequently used touchpoint for our customers. Increasingly, more of these customers are getting familiar with and scanning QR codes to pay, and we wanted to bring them the same ease, speed and security when they get cash at our ATMs. We believe this completely reimagines a core service for which customers engage with the banks and will move the needle in making QR code payments mainstream in Singapore,”

To make a QR code cash withdrawal, customers tap the “Withdraw cash with OCBC Pay Anyone” option on the bottom left of the ATM home screen. A QR code appears in the centre of the screen, which customers simply need to scan after logging into the OCBC Pay Anyone app.

A menu of cash withdrawal amounts will appear on the app. Customers tap on the amount they wish to withdraw, or click “other amounts” to manually input an amount.

Digital Finance and Banking Trends for 2017 in Asia