Euronext today announces the successful launch of Euronext FX in Singapore. Having been first announced on 26 March 2019 for a target launch date of Q4 2019, the venue was launched months ahead of schedule, with the first spot foreign exchange trades occurring on 09 September 2019 between two global banks.

In a media statement, Euronext said that the Singapore launch reflects Euronext FX’s ambition to be closer to its clients worldwide and creates a strong development base to become a major electronic FX marketplace in the region. It also enables clients across the Asia-Pacific region, including Singapore, Australia, and Hong Kong, to benefit from an improved trading experience and connectivity. 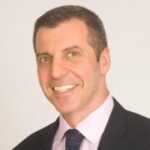 Euronext FX’s decision to establish a matching engine and open an office in Singapore is an important and exciting step in the growth of our reach. As the largest FX center in Asia and the third largest globally, Singapore is a strategically important market, and poised to be a critical global hub for electronic foreign exchange trading – as evidenced by the recent influx of global firms since we first announced our intention to establish an operation here.

We look forward to continuing to work with the Monetery Authority of Singapore (MAS) and appreciate their active support to further grow the local financial ecosystem and our footprint.”

DBS Aims to Save 10,000 Manhours Through Whatsapp and WeChat Banking Service