Which is the Top E-Wallet in Singapore?

The study pictures the developments of e-wallets or e-payment apps via vital app metrics such as Monthly Active Users (MAU) and total downloads in the past 8 quarters.

As a well-connected society, Singapore’s effort in driving the adoption of mobile e-payments across multiple platforms had pushed down the ratio of cash and cheque usage against digital payments.

Driving this initiative is the Monetary Authority of Singapore (MAS) which aims to ease the access to e-payment infrastructures through SGQR that consolidated various QRs into a single unified interface and many other efforts.

As such, which e-wallet companies have benefited from these efforts? Which the top e-wallet in Singapore? Here are the findings of the study. 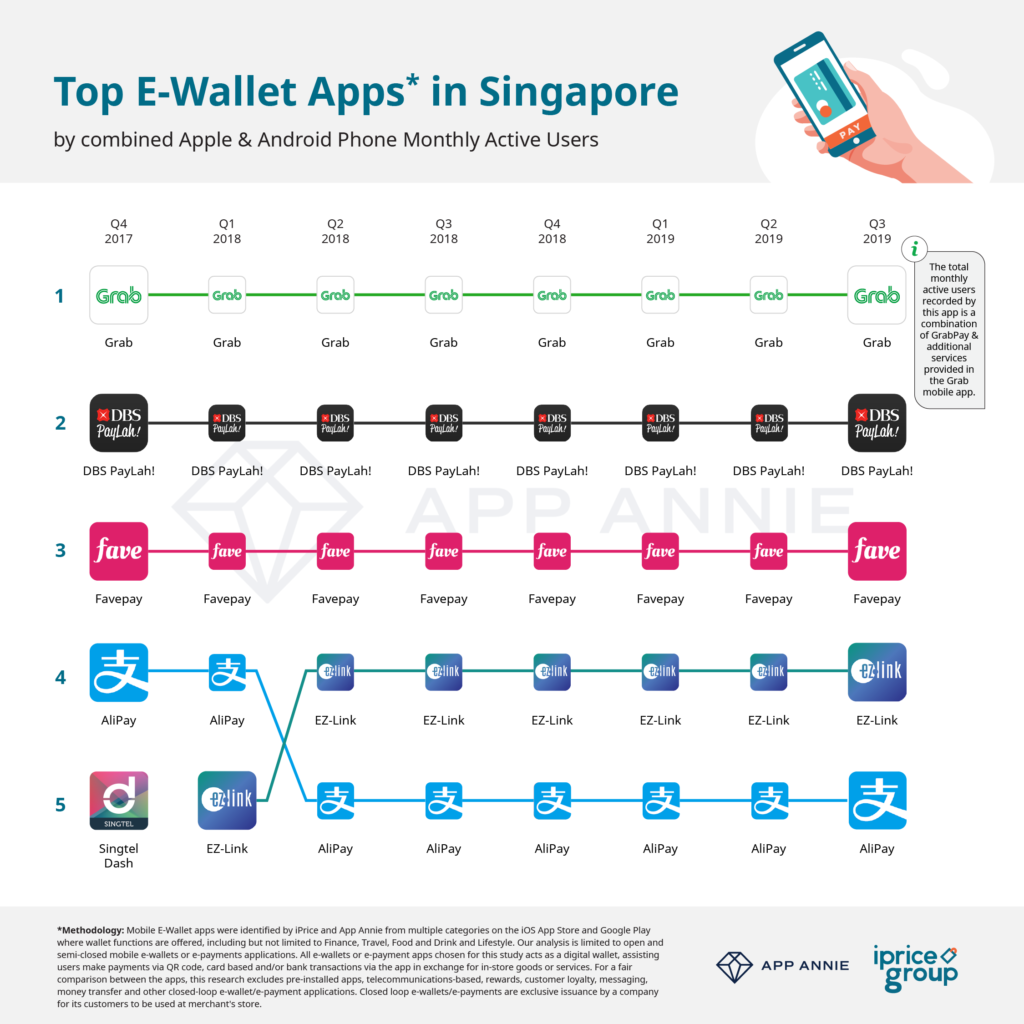 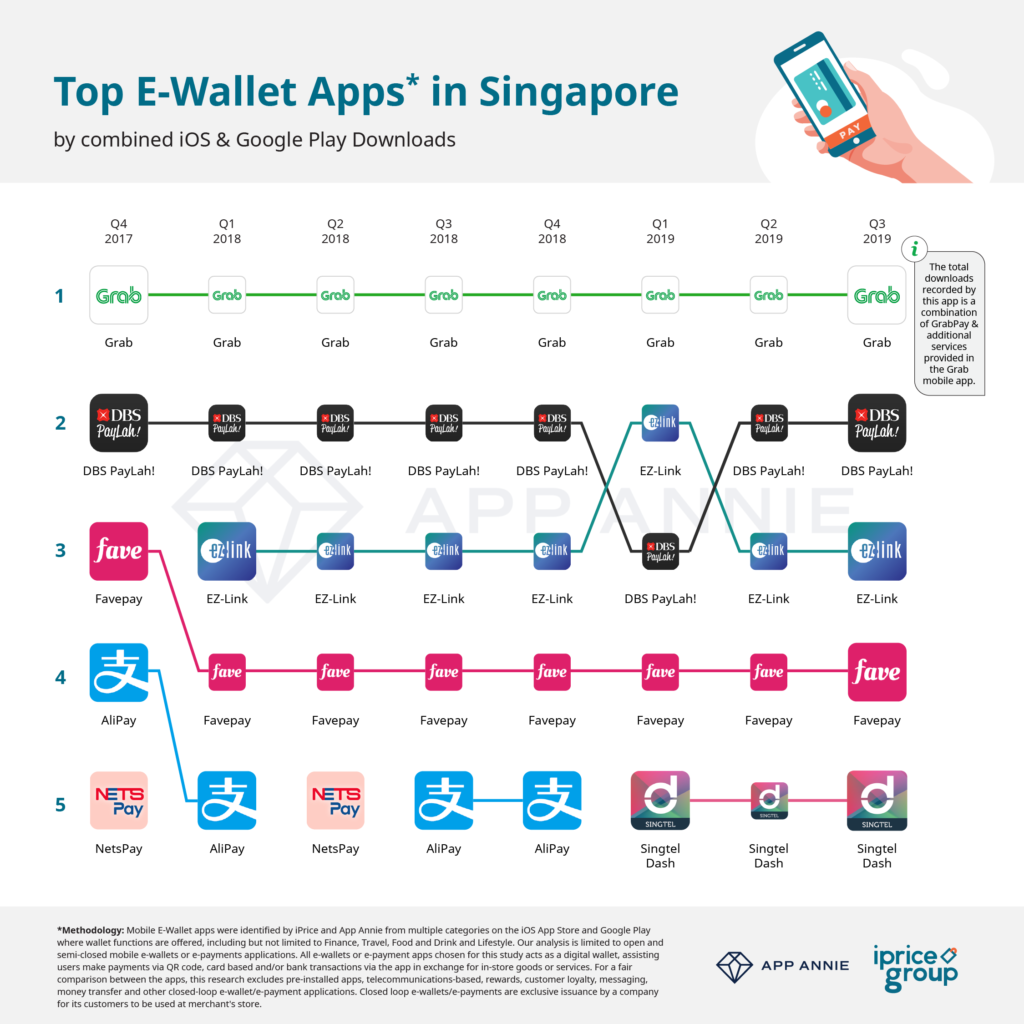 Grab Is Technically the Most Popular?

While Grab is listed at the top e-wallet in Singapore, it also includes users who are using its app for other services including ride-hailing and food delivery which could skew the data to favour Grab over the other e-wallets in this finding.

However, according to Grab’s social impact report, they claimed that 77 percent of overall transactions on Grab’s platform was conducted via GrabPay. In addition, Grab’s report claims that cashless usage on its app is 1.3 times higher than the overall cashless usage in the Lion City.

“We are about providing real choices and more convenience to our consumers. To date, about three-quarters of Grab users in Singapore use GrabPay for various services, including making payment at over 10,000 merchants in-stores and online. We continue to see more users adopting cashless payment on our platform month-on-month and are grateful for their support.”

DBS’s Paylah! is the second most popular e-wallet according to the study. The app owned by DBS is the only bank-based application featured on this list as they are the only semi-closed e-wallet application provided by a bank. This means that other bank-based applications were not featured on this list as they only allow users with a registered account with the associated bank to use its payment services for selected merchants.

According to their previous press release, DBS currently has 1.6 million users and they are aiming to double their user base to 3.5 million by 2025.

Do you agree with the findings? Which one of these apps do you use?

“Blood and Sand”: The Moment-of-Truth for Mobile Wallets in Asia