Peer-to-peer (P2P) lending is the loan of money to individuals or businesses through online services that match lenders directly with borrowers without going through a traditional financial intermediary such as a bank.

P2P lending first appeared in 2005 with the advent of Zopa in the UK. It spread throughout the western world until to finally became a global phenomenon. Today, providers of alternative finance in western countries are looking at the next growth area: Asia.

According to Rhydian Lewis, head of peer-to-peer firm Ratesetter, a lot of lending in Asia is already conducted outside of the banking system. “These countries haven’t built out banking infrastructure, so there’s a massive opportunity for them to skip a generation, leapfrog, go online and adopt new forms of finance,” Lewis told the Financial Times. 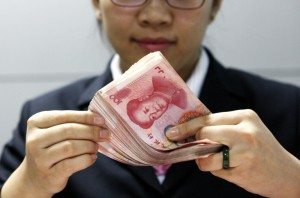 P2P appeals to both individuals and businesses, but especially those that are deemed “unbanked.” Banks look at your credit history or credit files to generate a credit score. Without a credit score, many lenders are unwilling to offer credit, or will charge higher interest rates and give you less favorable terms.

This can become problematic in cash-intensive economies such as Asia. Not possessing a credit card, or even a bank account, doesn’t necessarily imply that you are a bad payer. It simply means that banks don’t have any track record of your credit history.

Thankfully, a bunch of fintech startups have come up with alternative credit systems to allow customers to bypass traditional financial intermediaries. eCredable, for instance, gives consumers a letter grade based on their payment information that the company collects from the landlord, utility provider, insurance company or other vendors to verify timely payments. Cignifi uses Big Data technology to deliver credit and marketing scores using mobile phone behavioral data. SharedLending on the other hand, uses an algorithm that determines one’s credit worthiness based on five human characteristics: productivity, resilience, finance, health and education.

While Asia’s P2P lending industry is still in its infancy, a number of startups are quickly emerging as key regional players.

Headquartered in KL/Malaysia, Crowdo is a fintech company offering a number of crowdfunding solutions including equity crowdfunding and peer-to-business lending.

Launched in 2013, Crowdo is one of the region’s longest running and largest crowdfunding platforms with over 20,000 members and offices in Singapore, Kuala Lumpur and Jakarta.

In April, Crowdo received a provisional Capital Market Services License from MAS, allowing the company to operate its digital crowdfunding and lending platforms in Singapore. Crowdo is also licensed by the Securities Commission of Malaysia.

Funding Societies is an online platform that connects SMEs with individual and institutional lenders. The company is eyeing the Southeast Asian market, especially Singapore.

Funding Societies opened an office in Singapore last May and in January a second location in Jakarta. The startup has already raised over US$1.5 million in funding.

Funding Societies is the first Singaporean peer-to-peer lending company to incorporate a trustee registered with the Monetary Authority of Singapore (MAS).

MoolahSense is backed by East Ventures and Pix Vine Capital, and has recently signed a partnership – alongside Funding Societies – with DBS Bank to refer successful borrowers to the bank for larger loans and other traditional banking services.

Founded in 2013, WeLab Holdings is one of Asia’s leading Internet finance company. The company is headquartered in Hong Kong with offices in China and India.

WeLab Holdings is backed by leading investors, including Li Ka-shing’s TOM Group and Sequoia Capital. In January, the company raised US$160 million in a Series B funding round from Khazanah Nasional Berhad, ING Bank, state-owned Guangdong Technology Financial Group, among other investors. 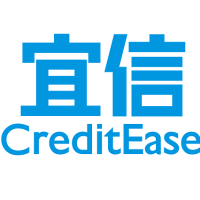 Aimed at democratizing credit in China, CreditEase is the parent company of online lending platform Yirendai, which held one of the first major IPOs of a Chinese P2P lending company last December.

Earlier this month, CreditEase announced it has raised an US$80 million fund with plans to buy US$50 million of loans from American online lending platforms Prosper Marketplace Inc. and Avant Inc. 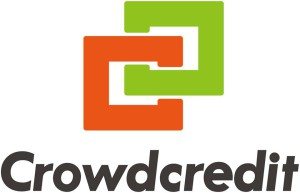 Crowdcredit is a cross-border marketplace lending platform operator that provides Japanese personal and SMEs investors with the ability to lend to individuals and SMEs in Peru, Cameroon, Estonia, Finland, Spain and Italy.

The company aims at offering both social and economic returns to customers by connecting borrowers and lenders on a global basis.

Launched in 2014, the platform has been used to raise over ¥848 million in loans.

Crowdcredit has raised US$2.76 million in funding so far.

The platform has been used to raise over ¥48 billion in loans since its founding in 2007. The service is used by over 31,000 investors.

Discover how to adapt to FinTech disruption at Asia’s only event focused on innovation in digital lending: Next Generation Lending Asia Summit 2016 in Singapore, this July.

Top industry leaders from banks, FinTech, lender institutions, and mortgage aggregators across Asia will gather at the summit to share their best practices in case studies, panel, round-table discussions, and workshops so that you can quickly implement the best strategy for your organisation.

Featured image by penguiin, via Shutterstock.com.