Ant Financial Worth US$75B, Considers IPO in HK Next Year, All Facts you Have to Know about Alipay

Ant Financial, Alipay’s parent company and Alibaba’s financial-services affiliate, is said to be worth US$75 billion, according to Elinor Leung, the head of telecom and Internet research at CLSA in Hong Kong.

According to a Bloomberg report, Leung estimates that Ant Financial’s Alipay is worth US$50 billion, its micro loans service US$8 billion and its wealth management unit US$7 billion. The rest of Ant Financial’s valuation comes from investments and cash on hand. 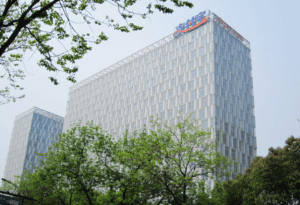 Ant Financial was founded in October 2014 by the Alibaba group after the Chinese e-commerce giant went public in the US. Ant Financial is controlled by Alibaba’s chairman Jack Ma.

Credit Suisse estimates that 58% of China’s online payment transactions go through Alipay, according to the Wall Street Journal.

Ant Financial is considering an initial public offering (IPO) in Hong Kong in the first half of next year after running into regulation hurdles for a dual listing that would have included Shanghai, a source familiar with the matter told Bloomberg in August 2016.

The IPO would likely be among the largest ever for Hong Kong.

News broke yesterday that Ant Financial is planning to launch Alipay in Hong Kong on October 13, 2016.

Douglas Feagin, senior vice-president and head of international business at Ant Financial said the company is now focused on expanding merchant acceptance of Alipay, reports China.org.cn. It seeks to sign up 8,000 local merchants before the end of the year.

In August, Ant Financial was approved as one of the first five electronic payment operators to get the stored value facility licenses by the Hong Kong Monetary Authority (HKMA). The new license allows the company to enable local consumers to use its service in convenience stores and other offline stores.

So far, Alipay has only been permitted to conduct online payments operations.

Ant Financial will next file applications to the HKMA for other financial services including mobile payments at point-of-sale machines, peer-to-peer transfers and issuance of physical cards.

Ant Financial seeks to enroll more offline stores into its payment platform. The company also plans to expand Alipay’s merchant acceptance across Asian and around the world.

In April, the firm completed a US$4.5 billion Series B funding round. The round gave Ant Financial a valuation of roughly US$60 billion, making it China’s most valuable fintech company.

The firm has made a number of acquisitions and investments across Asia. Over the past year, Ant Financial has bought a stake in Postal Savings Bank of China, became an investor in China’s Zheshang Bank’s Hong Kong IPO in March 2016, and invested in India’s largest mobile wallet provider Paytm.

Future of Blockchain in the Asia Pacific – Spotlight on Financial Services

Singapore Fintech Festival 2018: All You Have to Know