Going Cardless and Cashless: How Banks and Fintechs are Reinventing Payments

Banks and fintech companies are developing innovative solutions for consumers to pay for goods and withdraw cash without payment cards, offering entirely new ways to transact.

In the US, JPMorgan Chase, Bank of America and Wells Fargo are among those that are grabbing on to the emerging mobile payment trend. JPMorgan Chase has activated a new technology on a few hundreds of its ATM machines that allows users in four cities to withdraw cash using their smartphone, according to a report by the New York Times’ DealBook. 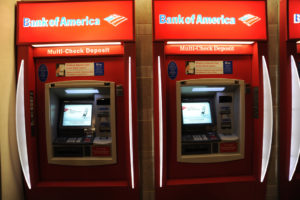 Meanwhile, Bank of America is planning to offer cardless options to all its ATM machines by the end of 2017, and Wells Fargo has just introduced its cardless ATMs earlier this week, becoming the first US bank to roll out these machines across its entire network.

“It’s about having the choice. If you’ve lost your card or left home without your wallet, chances are you still have your smartphone in your hand,” Jonathan Velline, Wells Fargo’s head of ATM and branch banking, told the media outlet.

The replacement of magnetic stripe cards with chip cards reduces the risk of criminal sabotage and prevents skimming techniques that criminals use to read and store data of cards inserted into ATMs.

“Security certainly was a big aspect of the cardless feature and the two-step identification helps reduce the risk of fraud,” Velline said, as quoted by Reuters.

At Bank of America, customers with smartphones equipped with NFC and a digital wallet app can already tap their phone on the bank’s ATM machine’s wireless pad to authenticate their identity. From there, they can enter their personal identification numbers and conduct transactions in the usual way.

Going further, Brazil’s Banco Bradesco allows customers to access to an ATM by tapping their palm on a scanner, which reads the pattern of their veins, while banks in Japan and India have used fingerprints for authentication.

In Cambodia, ABA Bank has developed a mobile application that features an ECash service that allows cardless cash withdrawals, as well as bill payments, peer-to-peer transactions, among other services.

Singaporean fintech startup SoCash is taking the concept further by providing a solution that lets people to withdraw cash pretty much anywhere by turning small businesses into “Cashpoints.” The solution plugs into the mobile apps of banks. To withdraw cash, users simply need to place an order on SoCash, select a merchant nearby and pick up the cash at the outlet.

Last year, SoCash was granted the Financial Sector Technology and Innovation Scheme Proof-of-Concept from the Monetary Authority of Singapore (MAS) to support development.

In Singapore, still, EZ-Link, the wholly-owned subsidiary of the Land Transport Authority (LTA), provides a card that can be linked to a bank account and topped up on the go, via a mobile. The solution reduces the need for tourists to queue up at physical top-up points at MRT stations.

Among the company’s products, eNETS is an online payments system to which users link their credit cards or Internet banking. It also offers NETS FlashPay, a card that enables contactless payments at more than 97,000 acceptance points, and vCashCard, a virtual CashCard that automatically pays for Electronic Road Pricing and car park charges.

“Most of us, I think, do not remember our own bank account numbers, let alone will know the account numbers of those we want to send money to,” Ravi Menon, managing director of MAS, said in a keynote speech in August 2016. “If all goes well, by this time next year, we will no longer need to remember bank account numbers for a majority of our electronic fund transfers.”