Banks in Malaysia are pushing fintech development as they seek to harness innovation and technology to improve the financial services.

The trend is largely led by the Malaysian central bank, Bank Negara Malaysia (BNM), which has been deploying efforts to modernize the domestic banking industry.

In particular, the central bank’s Financial Technology Enabler Group (FTEG) was launched in June 2016 to formulate and enhance regulatory policies to facilitate the adoption of technological innovations in the Malaysian financial services industry.

The FTEG is part of BNM’s commitment to support innovations that will improve the quality, efficiency and accessibility of financial services in Malaysia and is comprised of cross functional group within BNM.

One of the committee latest efforts is the “Fintech Hacks,” an initiative launched earlier this week that seeks ideas from the public on possible improvements to financial services.

It aims to identify pain points in the delivery as well as the consumption of financial services, and solicits ideas using the application of technology to address the gap.

Malaysia has been one of the most advanced and favorable jurisdictions in Southeast Asia when it comes to fintech. The nation set up a regulatory sandbox last year to allow startups and banks to experiment with new products and business models in a safe environment. The regulatory sandbox is open to all fintech companies including those without any presence in Malaysia.

Datuk Muhammad bin Ibrahim, the current governor of BNM, has encouraged financial institutions to “embrace fintech as an opportunity.”

Different strategies for a same goal

Addressing the emergence of fintech, Malaysian banks have been gearing up for digital disruption. 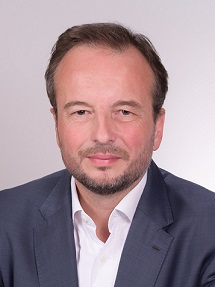 Tengku Dato’ Sri Zafrul Aziz, the group CEO, said that CIMB Fintech was the bank’s very own fintech hub, allowing it “to experiment and realize our digital ambitions.”

“Its operating model will be agile, dynamic and nimble, in order to provoke, incubate and execute ideas that will either redefine or enhance CIMB’s products and services,” said Zafrul.

“We are prepared to invest significantly in fintech propositions that will add value and enhance customer experience for our 12 million customers across the region.”

Malayan Banking Bhd (Maybank), Malaysia’s largest bank by market capitalization, has opted for a different strategy. This year, the bank brought back the third installation of its fintech program Maybank Fintech aimed to find the brightest talents and most promising ideas in fintech.

Teams selected to join the program gain access to unique partnership opportunities with Maybank. Proposed partnerships with the bank can involve any of Maybank’s business segments and entities operating from any of its regional locations across Asia.

Earlier this year, Maybank launched the first digital remittance service in the country. Called Maybank2u, the mobile app was released in partnership with Western Union.

The program gives five startups the opportunity to be trained by experts and receive mentorship from the bank’s senior management. Each startup receives an allowance of RM25,000 to enhance their product or service offerings.

Out of the five startups, one team will be selected and considered for an equity investment of up to RM1 million.