Fintech development in Singapore has been largely driven by the government’s efforts to push adoption and growth.

On the regulatory front, the Monetary Authority of Singapore (MAS) set up the regulatory sandbox framework for financial institutions and companies to test their innovative products in a safe and controlled environment.

MAS has also created a fund for fintech innovation, committing S$225 million over a five year period through its Financial Sector Technology and Innovation scheme. Several other grants and schemes exist for fintech startups to tap on.

But besides government entities and the public sector, Singapore has a full range of angel investors, venture capitalists and corporate venture divisions that are helping the fintech sector grow.

Today, we look at some of the top fintech investors in Singapore.

GIC, formerly known as Government of Singapore Investment Corporation, is a sovereign wealth fund established by the government in 1981 to manage Singapore’s foreign reserve.

GIC is one of the world’s largest global investors with well over US$100 billion of assets in more than 40 countries worldwide. It is headquartered in Singapore with a network of ten offices in key financial cities.

In the fintech area, GIC has invested in Square, and joined forces with Hellman & Friedman in March to buy global fintech firm Allfunds, a B2B platform that offers integrated technology-based solutions to asset managers and distributors of mutual funds.

Temasek is another sovereign wealth fund owned by the government of Singapore. Established in 1974, Temasek owned and managed a net portfolio of S$242 billion mainly in Singapore and Asia as of March 2016.

In fintech, Temasek has backed the likes of PayPal and Funding Circle, a leading peer-to-peer lending platform for SMEs in the UK. 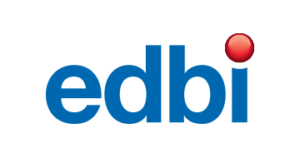 EDBI is the corporate investment arm of the Singapore Economic Development Board. It invests in globally competitive businesses in knowledge and innovation-intensive sectors such as biomedical sciences, information and communication technology, smart and sustainable technology.

In fintech, EDBI has invested in M-DAQ, a cross-border multi-currency trading platform, and Taulia, a company that provides e-invoicing services and other supplier services.

Singtel Innov8 is the venture capital arm of telco firm Singtel Group. Singtel Innov8 invests in innovative tech startups worldwide and has a fund size of US$250 million.

It focuses its investments on technologies and solutions that can lead to quantum changes in network capabilities, next generation devices, digital services and enablers to enhance customer experience.

Life.SREDA is a Singaporean venture capital firm established in 2012 focused on investments in fintech. The firm has already invested in more than 20 fintech startups around the world through two funds.

Life.SREDA has invested in the likes of Ayannah, SoftPay Mobile, Lenddo, Fastacash, Moven and Simple.

500 Startups is an early stage venture fund and seed accelerator established in 2012. The firm is headquartered in California with several offices across the world including in South Korea, Malaysia, and Turkey.

In fintech, 500 Startups has invested in Call Levels, a financial market tracking mobile app, and Monetsu, a blockchain startup.

Sequoia Capital is an American venture capital firm based in California which focuses on the technology industry. The firm manages several investment funds including funds specific to India, Israel and China.

In fintech, the firm has invested in PayPal, Klarna, Square, peer-to-peer online credit platform Prosper, and Brazilian mobile banking and financial services provider NuBank, among others.

The firm has invested in PaySense, an Indian fintech startup, Fastacash, FinAccel, a Singapore-based credit risk and consumer lending startup, Abra, a peer-to-peer money transfer network, and TradeGecko, an inventory and order management platform for wholesale merchants, among others.

Golden Gate Ventures is a VC firm in Southeast Asia that invests in local ventures at seed, Series A and bridge rounds. The firm focuses on Internet and mobile startups in several sectors including e-commerce, payments, marketplaces, mobile applications and SaaS platforms.

Golden Gate Ventures has invested in the likes of Ayannah, CodaPay, MoneySmart.sg, Lenddo, Omise and Jojonomic.

Quest Ventures is a VC firm based in China and Singapore that focuses on tech startups that are highly scalable. The firm does seed and early stage venture investments, and backs over 30 ventures.

In fintech, Quest Ventures has invested in Lenda, an online platform that enables individuals to refinance their home loans online, Bonafide, a blockchain startup, and Kapital Boost, a crowdfunding platform for SMEs.