In Asia, online alternative finance is developing rapidly, notably in China but also in the overall Asia-Pacific (APAC) region.

China has been the world’s largest online alternative finance market by transaction volume, registering US$107 billion in 2015 or almost 99% of the total volume in APAC.

In the case of donation-based crowdfunding, donors provide funding to individuals, projects or companies based on philanthropic or civic motivations with no expectation of monetary or material return. Probably the biggest donation based crowdfunding platform in the world is US based gofundme.com.

On a reward-based crowdfunding platform, backers provide funding to individuals, projects or companies in exchange for non-monetary rewards or products. One such platform is Kickstarter.

As crowdfunding rises in Asia, we take a look today at some of the most notable donation and reward-based crowdfunding platforms in the region for you to keep an eye on. 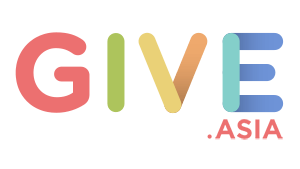 GIVE.asia is an online fundraising and donations collection platform focusing on convenience and simplicity.

The platform provides a simple and easy way for donors to give to charities registered in Singapore, Malaysia, Thailand, Hong Kong, Philippines, India and other Asian countries. 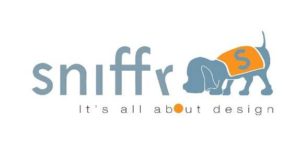 Sniffr helps designer raise the funds they need to develop their plans. The platform works on a mentorship system and connects young designers with more established ones to help and advice them on how to make their designs even better.

The platform was initiated by OTTO Solutions and seeks to become the best crowdfunding platform for product design in Singapore and Asia. It charges an 8% fee if a project is successful.

Weeboon is the first public donation-based crowdfunding platform in Thailand. Its mission is to connect those in need with charitable people.

The platform offers 17 categories of campaigns including education, medical, animals and sports. Political campaigns are not allowed.

People can donate amount from 51 to 500,000 Thai baht (THB) (US$1.5 to US$14,705) using one of the several payment gateways offered by Weeboon, which includes PayPal and bank transfer. Weeboon also provides the Counter Service option that gives donors the convenience of paying their donations in cash at any Counter Service outlets including 7/11, BigC, Tesco Lotus and FamilyMart nationwide in Thailand.

The platform takes a flat 5% cut of any money raised through the platform. Weeboon first came under the spotlight in March this year when it helped raise over 200,000 THB (US$5,800) for two kids hit by a bus in Pattaya.

Founded in 2012, Ketto is an online crowdfunding platform to raise funds for social, creative and personal causes based in Mumbai, India. These causes range from education to women’s empowerment.

FringeBacker is the first global crowdfunding platform to be bilingual in both English and Chinese.

The platform provides several options for online fundraising ranging from reward-based crowdfunding for creative projects, to direct fundraising for charities.

MyStartr is one of Malaysia’s largest crowdfunding platforms for creative projects. The platform connects filmmakers, musicians, artists, and designers to backers who are interested in supporting their projects.

Kopernik is a non-profit organization headquartered in Indonesia that distributes low-cost technologies to recipients in less-developed countries using crowdfunding.

Donations are distributed by local NGOs. An NGO must be registered and submit an application to Kopernik that outlines its goals and distribution methods. Following approval, proposals are posted on the website and prospective donors may choose to contribute.

51Give is a Chinese platform that provides online tools and processing services to enable the collection of charitable donations in China.

Donations for charitable causes are made by users via the website or the mobile app with no transaction fee.

Founded in 2011 and based in Beijing, DemoHour is one of the premiere and flagship crowdfunding sites in China for creative projects such as design, film and video, music and publishing.

It is one of the largest crowdfunding platforms in China. The company had received millions of dollars in funding from Intel Capital and Matric Partners China before being acquired by 91Jinrong, a Chinese online financial intermediary, in July 2016.

Each project on DemoHour has a fundraising goal and a deadline, and successful projects need to exceed the goal within the time presupposed by an initiator.

Campfire is Japan’s largest crowdfunding platform often referred to as the “Kickstarter of Japan.”

Launched in 2011, Campfire mostly focuses on creative projects. It recently expanded into the social lending space.

In January, the startup raised 300 million JPY (US$2.9 million) in the funding round that included participation of D4V, GMO Internet, SMBC Venture Capital and East Ventures.

Campfire charges a 5% fee and has enabled the collection of about 1.6 billion JPY (US$13.8 million) since its launch. 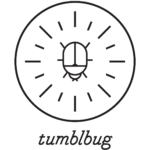 Tumblbug is an online South Korean crowdfunding platform that allows creators to raise funding to back their creative projects. These can be a movie, a design, music, architecture, photography, fashion, theater and technology.

Tumblbug was launched in early 2011 and is headquartered in Seoul. The startup has raised US$1.5 million in funding so far, according to Crunchbase.