Blockchain startups have raised about US$358 million in venture capital in 2017 so far, with much of this sum going towards North American and European startups. Meanwhile, initial coin offerings (ICOs) raised nearly four times more, or about US$1.3 billion.

ICOs have become a popular way for startups in the cryptocurrency and blockchain space to raise money. ICOs are similar to crowdfunding and allows users to buy a stake in a startup. In return, investors receive an amount of digital token or cryptocurrency that’s equivalent to shares in the firm.

In Southeast Asia, startups that have conducted successful ICOs in recent months include Digix (US$5.5 million), Cofound.it (US$14.8 million), and TenX (almost US$80 million).

Despite the ICO frenzy, most startups are still relying on traditional VC fundraising. Today, we look at the most recent fundings raised by blockchain startups in Southeast Asia.

Bluzelle raises US$1.5 million Series A

Singapore-based blockchain startup Bluzelle has raised US$1.5 million in a Series A funding round from Global Brain, LUN Partners Capital and True Global Ventures.

The company said it will use the capital to scale up its enterprise business, develop its decentralized database platform and build its initial developer community.

Bluzelle is a decentralized service that provides on-demand, scalable databases to software developers.

Everex has developed an Ethereum-based online payments suite, which comprises cash transfer and micro-lending services, as well as an e-wallet for cryptocurrencies. Everex is targeting the unbanked populations of Asia.

Coinsilium, an accelerator that funds and manages the development of early-stage blockchain technology companies, announced in June the completion of an investment of S$100,000 in Indorse.

Coins raises extra US$5 million for Series A

In May, Filipino blockchain startup announced an extra US$5 million raised as part of its its Series A funding round. The funding was led by Naspers Ventures, and followed a first fundraising of US$5 million from Accion Frontier Inclusion Fund in October 2016.

The company said it will use the capital to expand regionally. 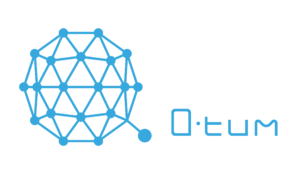 Qtum aims to merge the capabilities of Bitcoin and Ethereum to allow developers to create decentralized applications and execute smart contracts. Core development of Qtum’s application stack and blockchain is done by the Qtum Foundation, an organization registered in Singapore.

Blockchain For Contract Management Between IBM and Bank of Tokyo-Mitsubishi

SGInnovate Doubles Down on Blockchain And AI