The fintech ecosystem in Singapore has grown significantly this year, with now more than 400 fintech ventures based in the city-state and over 30 fintech innovation labs or research centers set up by multinational corporations.

The Monetary Authority of Singapore (MAS), the nation’s central bank and financial regulator, has largely contributed to Singapore’s thriving fintech industry. In addition to collaborating closely with the private sector, the authority has initiated a number of projects of its own to be at the forefront of fintech and digital finance.

Year 2017 was all about fostering collaboration, building Singapore’s fintech talent pool, and attracting even more startups and financial institutions to test, develop and apply their new technology solutions locally.

Here are some of the key events that happened in Singapore’s fintech scene in 2017: 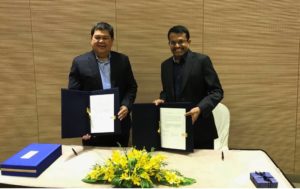 This year, MAS joined hands with several authorities from other jurisdictions to collaborate on the promotion of fintech and foster development. Bilateral agreements were signed with Israel, Denmark, the Philippines, Poland, Malaysia, Thailand, France, Hong Kong and Japan, among others.

The partnership with the Hong Kong Monetary Authority (HKMA) includes the creation of a distributed ledger technology (DLT) platform for trade finance. MAS and HKMA have committed to jointly develop the Global Trade Connectivity Network, a cross-border infrastructure linking the National Trade Platform in Singapore and the Hong Kong Trade Finance Platform, allowing for cross-border trade and financing to be cheaper, faster and more efficient.

Another DLT project that MAS is working on is a blockchain-based inter-bank payments system. The platform is being built in collaboration with R3, the Association of Banks in Singapore (ABS) and a consortium of financial institutions.

MAS and ABS released the report and source codes of the prototypes in November. The report describes the prototypes developed on three DLT platforms and shares the findings and observations from the project.

The project, called Project Ubin, aims to explore the use of blockchain for clearing and settlement of payments and securities. 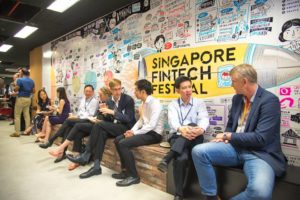 This year saw the second annual Fintech Festival organized by MAS in partnership with ABS and in collaboration with SingEx.

The week-long event, which took place between November 13 and 17, 2017, drew more than 25,000 participants from across 100 countries, bringing together policy makers, top financial institutions and fintech entrepreneurs to discuss the state of the global fintech industry.

Blockchain technology, artificial intelligence, as well as cybersecurity were among the themes discussed. Participants also got to meet with the some of the world’s finance disrupters and brightest minds, as well as discover young, early stages startups during the Fintech Awards.

A new fintech innovation hub was launched in the heart of the central business district in Singapore to spur more experimentation and collaboration in the local fintech scene. The hub, called 80RR, is a 100,000 sq ft space dedicated to housing fintech ventures. 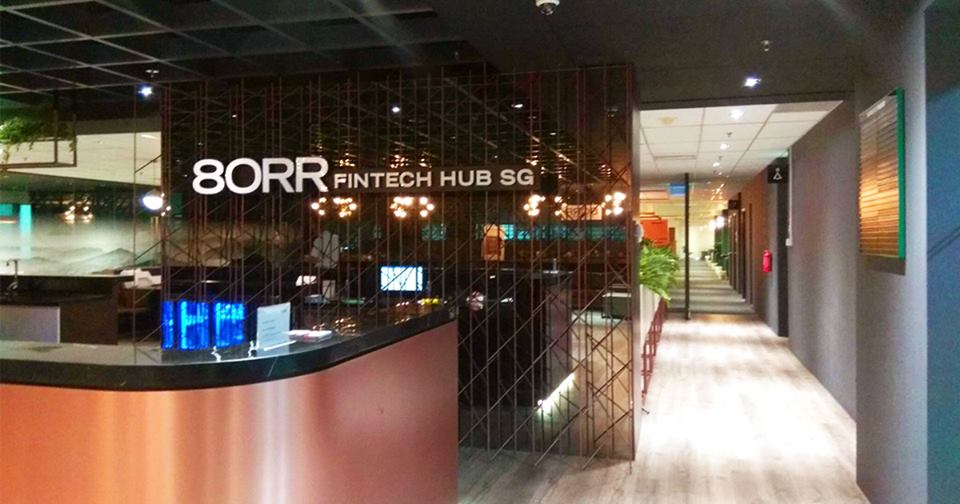 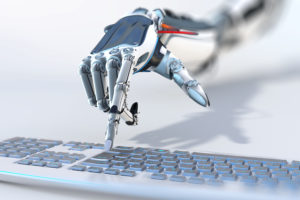 Image by Willyam Bradberry via Shutterstock.com

MAS launched a S$27 million grant to promote the further use of artificial intelligence and data analytics in the financial services market. The scheme was officially presented at the Fintech Festival by MAS managing director Ravi Menon.

The Artificial Intelligence and Data Analytics Grant is reserved for Singapore-based financial institutions and research firms. For banks it can provide up to 50% reimbursement on projects which “leverage artificial intelligence and data analytics techniques to generate insights, formulate strategy and assist in their decision making.” 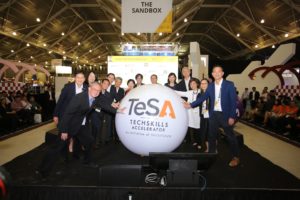 Launch of the TeSA Fintech Collective

The collective has committed to launch several initiatives including research collaborations in fintech with the universities, mentorships and hackathons with finance professionals to help students understand fintech trends.

Another partnership was formed between MAS and the MIT Media Lab this year that aims to help strengthen Singapore’s talent pool in the fintech industry. Singapore-based industry professionals and researchers have been provided with opportunities to work alongside MIT researchers, and financial institutions and fintech players can participate in pilots and experiments in a wide range of financial-services projects.