Yoma Strategic Holdings Ltd. plans to acquire a 34% stake in Digital Money Myanmar Co., Ltd. (“Wave Money”) from First Myanmar Investment Company Limited for US$19.4 million, which is subject to completion and will be funded within existing capital plans (the “Acquisition”).

Post-acquisition, Telenor will hold a 51% stake, Yoma Strategic 34%, and FMI and Yoma Bank will hold 10% and 5% respectively in Wave Money. The acquisition of Myanmar’s leading mobile financial technology provider will spearhead Yoma Strategic’s expansion into the Financial Services sector. 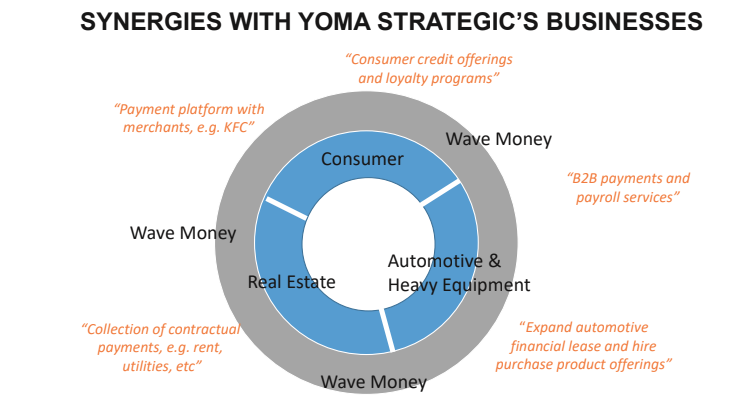 The Company plans to leverage the significant potential of reaching Myanmar consumers through Wave Money’s extensive network, future partnerships with other strategic players, and synergies with the Company’s expanding Automotive and Consumer businesses, to grow the Financial Services platform. As the sector develops, Financial Services will sit alongside Real Estate, Consumer and Automotive & Heavy Equipment as Yoma Strategic’s fourth core pillar.

“Adding Financial services as our Fourth Pillar is one of the most significant developments for Yoma Strategic in recent years. Financial Services is the backbone of the economy, currently, the lack of credit and limitations in financial access is hampering growth.

We aim to push innovative mobile financial services, including payment and credit extensions, to drive efficiency in the sector. Wave Money has an excellent head start with its broad reach across the country, and is a platform that we will leverage as we develop our offering in the sector”.

Wave Money’s extensive network of agents gives it coverage of the majority of Myanmar’s population, including those residing in rural areas with limited or no access to traditional banking. Myanmar has an estimated population of 53 million but financial inclusion remains low, with over 80% of the population currently unbanked.

Wave Money aims to address this gap by providing an efficient and reliable method for people to pay or transfer money. Over the last 12 months, revenue and transaction volume grew at a compounded monthly growth rate of 22% and 31% respectively. In January 2018, Wave Money’s revenue had grown by 1130% year-on-year and daily transactions had increased 2639% times year-on-year.

“The timing of the Acquisition is right as the business is now coming out of its incubation phase. The strong monthly growth, which has accelerated in the last few months, demonstrates the momentum of Wave Money’s operations and the value proposition of its business”.

Myanmar has become one of the fastest growing developing markets in Asia since economic reforms began in 2011. Given the lack of formal banking infrastructure and mobile money’s low barriers to use, the mobile financial services sector in the country is expected to continue to see strong growth. Total mobile penetration is at 105% with smartphones representing 80% of the mobile phones sold in the country.

The mobile penetration trend is likely to continue to increase, giving consumers greater access to the internet and mobile financial service products. Furthermore, Myanmar leads ASEAN in 3G/4G rollouts with 90% of the population living within range of mobile broadband. 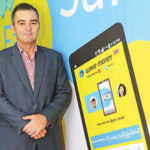 “The hyper-growth we are seeing shows Myanmar is no exception to the pervasiveness of mobile money in developing markets.

The achievement of Wave Money is proving that a combination of the right strategy executed in a ready market by a dynamic team culminates in a leading position in distribution, brand and money transfer by both volume and revenue while positioning us perfectly for future innovation with more complex digital products.

We are extremely excited by this Acquisition and in Yoma Strategic Holdings, a partner with keen financial foresight and a fantastic understanding of market trends. We look forward to this mutually beneficial journey”.

Parties have agreed on a total equity value of Wave Money of US$57 million and the consideration for a 34% interest amounts to US$19.4 million.

Which is the Top E-Wallet in Singapore?