Just three more weeks until the F10 Fintech Hackathon in Singapore. Read here how a Hackathon changed the lives of some entrepreneurs.

After taking part in FinTech Hackathons, they quit their jobs and started to revolutionize the global finance sector: here are the stories of four Startup founders whose lives changed drastically thanks to their Hackathon ideas.

Andrea Girasole was sent to the SIX Hackathon in Zurich by his then-employer to scout talented developers in March 2017. But everything turned out different: 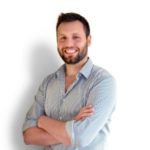 “One of the workshops offered at the Hackathon was about the digitalization of paper invoices. As I often forget to pay my invoices and I was convinced that we have the technology to digitalize the invoicing process, this challenge appealed to me. My teammates and I came up with a good idea that the jury liked too. After the Hackathon, I was approached by SIX to develop the solution further.”

Andrea ended up founding the Startup Billte and applying for the F10 “Prototype to Product” program.

“As I knew there were 300 applications, I did not think that the probability of Billte being accepted into the program was very high. But as we made it into the Top 25, I resigned from my previous job and fully committed on Billte from then on.”

Needless to mention that Andrea’s previous employer – who had made him participate in the Hackathon – was not thrilled about that decision.

“I have never dreamed of having my own company, but when the potential of my Hackathon idea was recognized, I wanted to exploit it.”

Ever since, Andrea has been successfully developing solutions to digitalize invoicing processes with his Startup that currently has six employees.

“Make sure every team member brings in different skills”

His advice for other Hackathon participants?

“Be curious and open-minded towards the challenges or workshops. Find an actual (B2B or B2C) problem of the finance industry that you want to focus on. Just as important as the idea is your Hackathon team: make sure that every member brings in different skills and that all of you follow a common goal.”

For everyone still hesitant to apply for the upcoming F10 FinTech Hackathons, Andrea has another piece of advice:

“There is nothing to be afraid of, it’s an opportunity to be taken. If you don’t try, you will never know if you had succeeded.”

Interview with Gino Wirthensohn and Jelena Jakovleva, co-founders of the RegTech Startup Riskifier whose story started at the SIX Hackathon in 2017.

Tell us how it all started: how did you found Riskifier after taking part in a FinTech Hackathon? 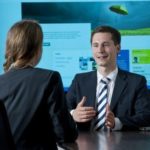 Even though each of us was planning to start their own business back then, the trigger to go further with Riskifier was the golden ticket for the final round of the F10 “Prototype to Product” program that we won at the SIX Hackathon.

From that moment on, life changed into 24 hours of commitment to the Startup. For some of us this meant relocation to Switzerland and quitting ongoing commitments, for others saying goodbye to the stable Swiss banking corporate job. Later in the summer of 2017 we joined the F10 Accelerator Program, during the second half of which we incorporated the company. After completing the minimum viable product and a proof of concept we transferred this know-how in the crypto space and created Cryptoprofiler.

Why do you consider Hackathons a good place to meet future business partners? 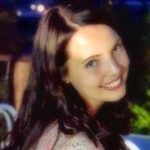 Hackathons bring like-minded people with diverse knowledge and experience people under one roof. Especially, when the Hackathons are thematic – the SIX Hackathon for example was dedicated to FinTech – you can be certain that one way or another people attending are passionate or feel at least interest towards that industry. Building a Startup requires a lot of effort and patience among numerous skills and qualities, and therefore you rather be doing with passion, otherwise the journey will not be as fun as it can be.

Hackathons are also perfect places to test your ability to work as a team – time is limited, the pressure is high and the desire to finish in time with the best possible solution heats up the environment. People act differently in different situations and their working style often changes under challenging circumstances – so you can stay assured that in 48 hours of coding and ideation that you will get to know the person better then in a chill corporate environment.

Last but not least, even if you don’t find the right people among your team members, there are always plenty of other participants to network with. Who knows, maybe one of them later will turn out to be your co-founder of the next venture.

Can you tell us about the challenge you solved during the Hackathon? How did you proceed?

There were four challenges offered on our Hackathon. As we both have a banking background, we focused directly on the RegTech challenge where we have also met each other. RegTech, as the name states, is helping regulated institutions such as banks or insurance companies to comply with financial market regulations with the help of technological solutions.

We came up with several ideas, pitched to onboard techie guys and once it was done we all assessed these for feasibility. Even though the idea itself might be brilliant, there will be always certain constraints, which will make you reshape your initial concept. We had to leave one of our ideas behind as at that point of time we had no data set available to test and bring AI into our concept.

We finally decided to build a so-called suitability assessment – a profiling tool for investors to determine knowledge, experience, risk capacity and risk tolerance. This is a regulatory requirement for banks and wealth managers and this assessment usually consist of forms which have customers to complete. Our idea was to turn this mandatory assessment into an engaging user experience using gamification and data analytics.

What advice can you give to the participants of the F10 FinTech Hackathon in Singapore, Vienna, Zurich and Sao Paulo?

Prepare yourself for the challenges, do some research and think about which one you might want to solve. It is also okay to learn on the spot about the different challenges tough you need get up to speed fast.

It’s not necessarily a disadvantage to have no work experience in the related industries such as banking or insurance but use your own experience as customer of such institutions to create better solutions.
Another key part is the team. To outperform on a Hackathon, you need to have a diverse team. Not only technical skills are necessary but the ability to create an engaging user experience following a useful business process is also important.

Further, as the financial service sector is heavily regulated, solutions need to adhere to regulatory compliance even if the technical solution as such would be outstanding. A diverse team can deliver the required input to cover all these required areas.

The best performing teams at the F10 FinTech Hackathon can win a golden ticket for the F10 Accelerator’s Top 25 selection of the “Prototype to Product” program worth over 150’000 CHF. The winners thus have the opportunity to become one of the Startups that are guided and supported on their journey to successful companies.

The program members receive six months of training in Zurich, in close collaboration with specialists and experts from various fields. Learn more about the “Prototype to Product” program.

Stephan Winkler solved a problem that he regularly encounters by developing an app prototype at the SIX Hackathon in 2017. Learn more about the idea that Stephan and his Hackathon teammate Jörg realized.

“My name is Stephan and I hate to wait – especially at coffee shops or restaurants”,

Stephan Winkler started his pitch at the SIX Hackathon in Zurich in March 2017.

“It is a hassle: you either take a seat and have to wait for the server or stand in line for an already pre-packed sandwich”,

As relief for this daily struggle, Stephan and his teammate Jörg Wasmeier had developed the application Waitless that enabled restaurant or café customers to place their order and pay within seconds. The app was equipped voice assistant who answers questions on the menu and presents meal choices.

Team Waitless won the first place of the SIX Hackathon. This motivated Stephan and Jörg to develop the idea of ordering and paying meals via smartphone further under the name Appetita – eponymous for the Startup they founded.

Appetita entered the F10 “Prototype to Product” program in summer 2017 with their prototype and graduated in December of the same year with a fully functional product ready to be distributed to Swiss restaurants and cafés. At Demo Day, the Appetita team invited the guests to order food from any smartphone in the room – much to the delight of the attendees.

Do you also want to solve a problem that you encounter regularly – just like Stephan who hates waiting?

Participants of the F10 FinTech Hackathons in Singapore, Vienna, Zurich and Sao Paulo are invited to either solve one of the four challenges provided by the Platinum Sponsors as well as F10 or realize their own idea.

This article first appeared on https://www.f10.ch/

Opening Shot For International Regulation For The Fintech Industry

Singapore Fintech Festival Round Up: Key Announcements And Partnerships; All you have to Know