The latest external funding in Voyager is expected to further boost financial inclusion and access to mobile internet for Filipinos. Voyager is the fintech arm of PLDT Inc, the Philippines’ largest telecommunications and digital services provider.

Alibaba and Tencent cover 92 per cent of China’s mobile payments industry. They are the developers of mobile payment platforms Alipay and WeChat Pay, respectively.

Based on the transaction, KKR and Tencent subscribed to newly-issued shares in Voyager as PLDT remains the company’s majority shareholder. The deal is expected to close within the fourth quarter of 2018 even as agreements also contain provisions for Voyager to issue additional shares to other investors which, if it ever happens, would reduce PLDT’s ownership to less than 50 per cent while still remaining as the largest shareholder.

“This is a watershed moment not only for Voyager Innovations but also for the Philippines. With this investment by KKR and Tencent, we will trigger an inflection point in digital adoption and financial inclusion in the country,” 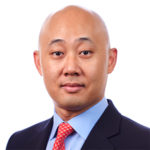 “Voyager Innovations provides critical digital and financial services to millions of Filipinos looking to join the digital economy for work and play.”

Lee noted they will continue to invest behind online payments leaders in emerging markets as they look forward to leveraging KKR’s industry expertise and resources to help enhance the company’s mission of financial inclusion.

KKR’s investment in Voyager is being funded from KKR Asian Fund III. The investment is KKR’s first private equity investment in the Philippines and is part of the company’s strategy to invest in high-growth markets that the firm believes can benefit from a rapid increase in technology adoption.

Other investments made by KKR in the technology and fintech sectors include Go-Jek (Indonesia’s ride-hailing platform), Suishou Technology (a China-based personal finance management platform) and First Data (a global payment technology and services solutions provider with a presence in 118 countries).

There Are 41 Crypto Businesses Licensed in Philippines Right Now