Singapore’s DBS Bank and OCBC are regional leaders in fintech and pioneers in open banking according reports from Accenture and Innopay Open Banking Monitor. The positioning of these banks gives us a good sense of where Singapore stands in the global arena of Open Banking

DBS Bank was the first bank in Singapore to dive into open banking, launching in mid 2015 the Innovation Plan with 1,000+ experiments in API, cloud computing, microservice, architecture and machine learning.

Today, the bank has a platform of over 155 APIs across 20+ categories which it developed late 2017 through its API developer hub, DBS Developers.

Third-party developers can access the APIs for functions such as real-time payments. DBS Bank offers five different ways of payment/transfer methods and extensive payment management options. The bank is also a leader in data transformation with technology, hardware, data centers, network management and app development that are 85% insourced.

Whereas OCBC began pursuing open banking in 2016 with the launch of Connect2OCBC, the first open API developer platform in Asia. The bank has announced a data-sharing partnership with telecom services provider StarHub that allows cross-selling to their respective customers.

OCBC ranks amongst the regional leaders in innovation as it builds its operations around the steady adoption of artificial intelligence (AI), machine learning, robo-advisory, cloud and blockchain technology.

Open banking was pioneered by the UK and quickly spread across Europe. Countries across Asia are now following suit with Singapore rapidly emerging as the region’s leader, driven by regulators’ desire to embrace the trend.

The Monetary Authority of Singapore (MAS) was the first regulator in Asia Pacific (APAC) to release an open banking guidelines in 2016, which set the gold standard for regulatory advice on the topic in Asia. The playbook set out a comprehensive framework introducing governance, implementation, use cases and design principles for APIs together with a list of over 400 recommended APIs and over 5,600 processes for their development.

MAS significantly ramped up open banking initiatives in 2017 with the launch of the ASEAN Fintech Innovation Network (AFIN) in partnership with the International Finance Corporation and the ASEAN Bankers Association. AFIN launched its Industry Sandbox, an interoperable and scalable infrastructure acting as a method to standardize banking infrastructure and data, in late 2018.

Last year, the government launched API Exchange (APIX) to serve as a centralized data-sharing platform, allowing government agencies across the country to share data securely through APIs. It also established the Financial Industry API Register, which tracks APIs by functional category as they are launched. 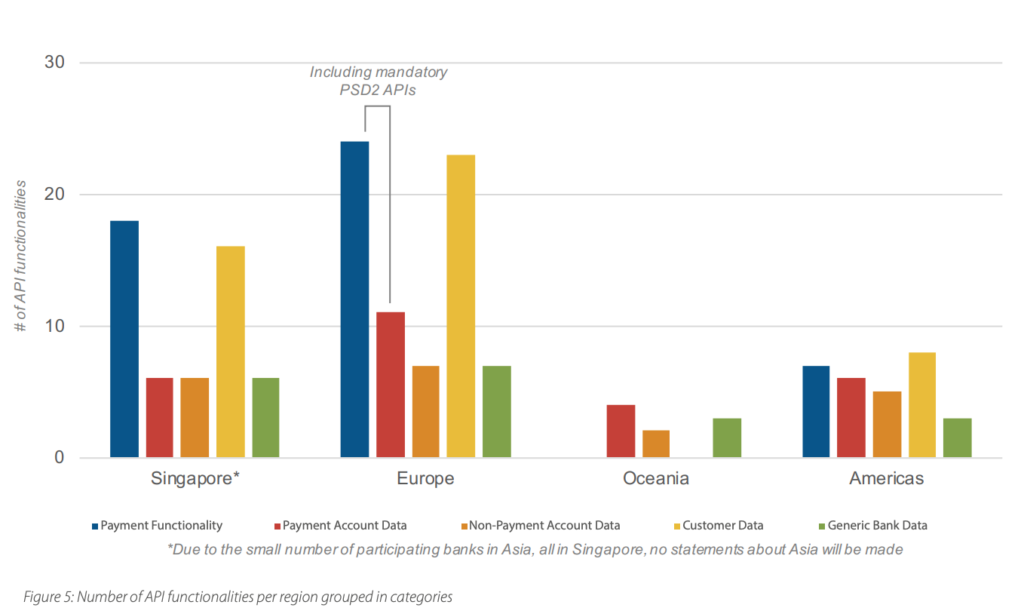 According to the same Innopay report, Europe is leading the open banking development in general and embracing the trend beyond the mandatory PSD2 APIs. Banks in Singapore are also quickly adopting open banking and are currently offering the most functionalities. Meanwhile, Oceania and the Americas are lagging behind in the variation of API functionalities in comparison to the offering of banks in other regions. 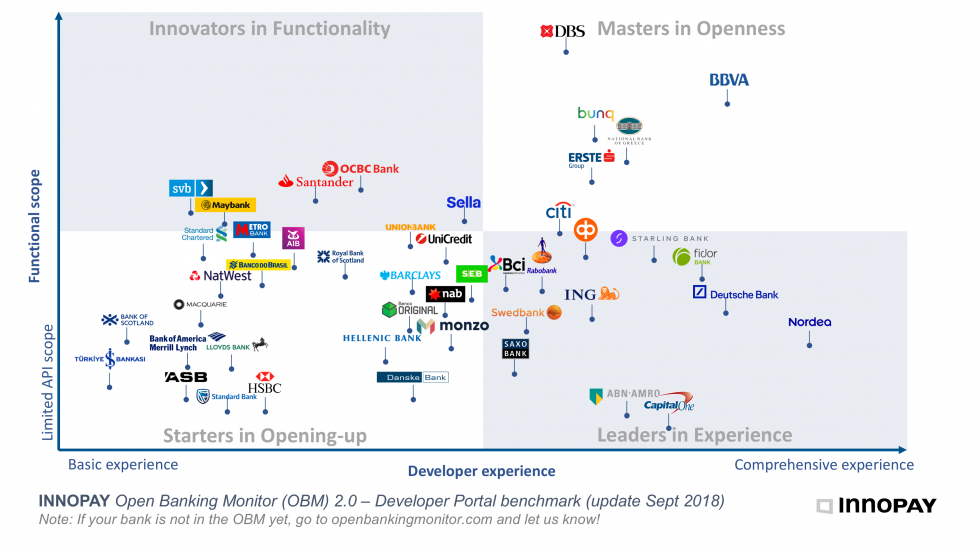 Why Platformication is Key to The Next Banking Revolution