Singapore banks are beating their Hong Kong counterparts in terms of digital transformation, according to a research by labor market intelligence startup JobTech which analyzed the state of digitalization in banks in both locations based on their hiring activities in 2018. 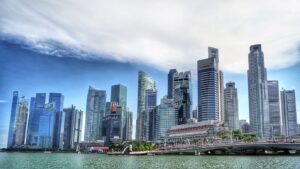 In line with Singapore and Hong Kong banks’ digital transformation initiatives and their push for analytics, the research found that business intelligence and analytics, data analytics and application engineering were the most sought after tech domains among top hiring banks in 2018.

JobTech also notes the stronger focus on information security positions in top hiring Singapore banks than their counterparts in Hong Kong, another indication of digitizing efforts in Singapore considering that cybersecurity plays a critical role in digitization.

Overall, the findings demonstrate that Singapore banks are not only looking to hire more technological talents, they are also looking to hire for a wider variety of different domain expertise, which is often necessary for digitization of a sector, the research says. 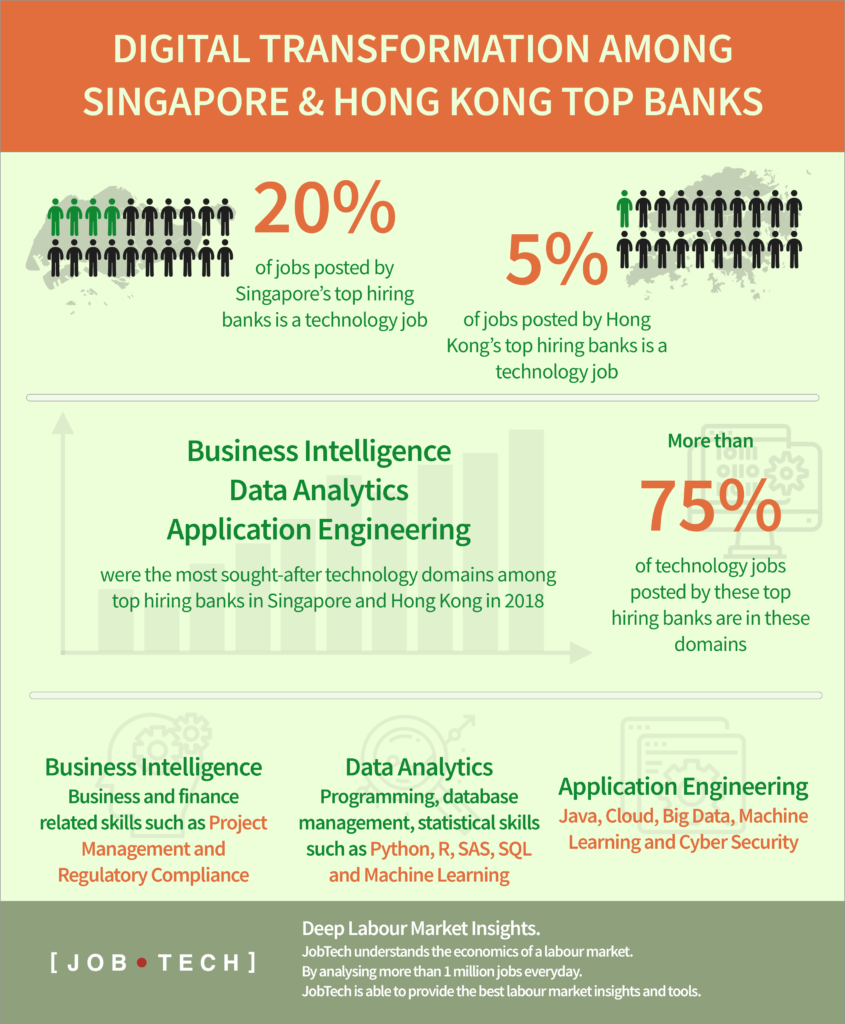 Singapore and Hong Kong are often seen as competing for the title of Asia’s leading fintech hub but in many ways, Singapore is winning against Hong Kong, according to industry participants and analysts.

According to Fintech Global, one of the reasons for that might be Singapore’s more favorable regulatory framework.

“Singapore takes a simpler regulatory approach to fintech than Hong Kong which has a multi-layered regulatory structure,” Fintech Global said in its report. “As a result, Singapore may be more attractive to fintech companies trying to avoid the red tape associated with multiple regulators.”

For Julia Leong, financial services partner at PwC in Singapore, the difference between the two dueling centers is a simple one. “Singapore has a country fintech initiative, with full support at national level, whereas Hong Kong is a city, which is part of China,” Leong told Professional Wealth Management.

Over 2016 and 2017, the number of jobs in Singapore’s fintech and financial services sector grew by 7,800, close to the target set by the Industry Transformation Map (ITM), Ravi Menon, managing director of the Monetary Authority of Singapore (MAS) said in a statement. Fintech alone is estimated to have contributed close to 2,000 of the net jobs created during these two years.

One area though where Hong Kong is taking the lead is virtual banking. The Hong Kong Monetary Authority (HKMA) has introduced a dedicated license and is now preparing to issue the first batch as early as this year.