How Thailand is Leading the Charge in Blockchain and Crypto Adoption

Despite blockchain being celebrated for ushering in the next generation of the digital revolution, legal and regulatory concerns have hindered the widespread adoption of cryptocurrency and its underlying technology.

While some legislators across the globe such as those in China and the US have responded with preemptive bans and crackdowns, other jurisdictions have assumed a more progressive stance towards balancing regulation with consumer and investor safety.

Today, countries in Southeast Asia have taken a keen interest in the potential of cryptocurrency, issuing new guidelines, and regulations in an effort to open their doors to the sizable business and technological opportunities that blockchain brings.

Thailand is among the first country in Southeast Asia to enact cryptocurrency legislations, regulating the offering of digital assets and opening its doors to crypto-related businesses.

Since early 2018, Thailand has come to adopt a more liberal and progressive stance towards cryptocurrencies, having legalised the trading of seven approved digital currencies. These regulations initially aimed to address issues surrounding security and fraud in this new class of digital assets while providing more guidance on Initial Coin Offerings (ICOs) after a series of controversies that plagued the industry.

Over time, regulations continued to evolve into a more sophisticated framework, with the emergence of new offerings in the digital asset space, such as security tokens and exchanges.

The Securities and Exchange Commission (SEC) of Thailand, the nation’s financial regulator, has consistently played an active role in the development of blockchain technology, taking an open and accepting approach to innovation while also imposing firm guidelines.

Recently, the SEC had just approved the licenses of four crypto exchanges to operate within the country, a major step forward for the cryptocurrency market in Thailand. It also rejected the applications of two exchanges, on account of insufficient Anti–Money Laundering (AML) and Know Your Customer (KYC) processes.

Likewise, as a thriving fintech capital, Singapore’s similar approach to adopting an open legal framework and forward-looking position towards cryptocurrencies has made it a destination of choice for budding blockchain projects.

Meanwhile, other emerging economies in the region have also started to develop regulatory guidelines, with the Philippines as the latest nation to issue a regulatory framework in a bid to boost investor protection, as well as general regulation for the acquisition of crypto assets, including utility and security tokens.

Often, developments in crypto regulations are in part determined by a government’s willingness to experiment with blockchain to begin with.

Thailand’s forward-looking actions and attitudes towards blockchain and cryptocurrencies certainly present a competitive edge over the other countries in Southeast Asia. 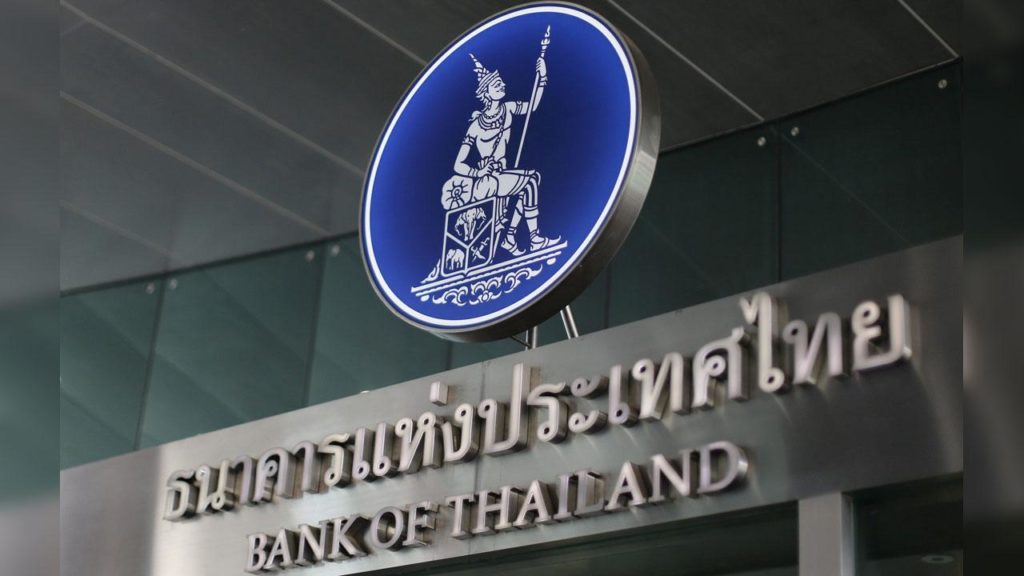 In as early as August 2018, the Bank of Thailand announced a collaborative partnership with R3 and eight participating local banks to develop “Project Inthanon”, a proof-of-concept for a wholesale Central Bank Digital Currencies (CBDC).

Beyond digital currencies, the government is also looking at applications of blockchain to maximise greater operational efficiency in its processes.

Earlier this year, this was followed by news that the National Electronics and Computer Technology Center (NECTEC) of Thailand had been developing blockchain technology for e-voting, which can be applied to national, provincial or community elections, as well as business votes.

This support from the government and their increasing interest in the benefits of cryptocurrency further legitimises the technology and its viability for the nation, as well as the industry as a whole.

When technologically-progressive developments and blockchain-friendly decisions are made from the top down, the wider public consciousness will also inadvertently be shaped by the same innovation-first attitude.

By maintaining a positive and supportive attitude towards emerging technology, Thailand will continue to attract innovators from all around the world to its shores, promoting the overall growth of the blockchain industry.

In so doing, the country will be primed for the widespread adoption of cryptocurrency, and a reality wherein blockchain plays a pivotal role in its citizens’ lives.

As more and more emerging markets are looking to blockchain and cryptocurrencies as possible solutions to their economic and social challenges, it is clear that the benefits of the technology are becoming increasingly evident.

Tokenised alternatives to fiat such as cryptocurrencies contain many enormous opportunities for emerging markets, particularly in their ability to disrupt a predominantly cash-based economy in order to enable greater participation in a growing digital economy.

With several Southeast Asian nations having incredibly high rates of mobile phone penetration, as well as some of the highest rates of internet accessibility, these countries are primed to participate in the region’s ongoing digital transformation.

In January 2018, South East Asia reportedly had over 370 million Internet users, with its internet penetration rate at 58% of the overall population.

According to another report, consumers in Southeast Asia spend more time on the mobile internet than any other market, with Thailand leading the pack with 4.2 hours of mobile usage per day.

Cryptocurrencies can help to leverage this existing group of highly interconnected consumers, streamlining their user journey and bridging the gap between the digital space and reality.

With the promise of low-cost transactions, increased transparency, and enhanced security without relying upon the participation of financial institutions, cryptocurrencies can play a pivotal role in changing how citizens live, conduct business, and interact with one another in Southeast Asia’s emerging markets.

For these consumers, access to loans and making remittance payments were previously cumbersome and inaccessible for some when attained by way of traditional means.

However, the use of tokenised alternatives enable these consumers to experience the benefits that blockchain has the potential to provide.

For example, with transactions stored on a blockchain, merchants can develop spending profiles and offer their consumers access to micro-loans based on their purchasing habits. Moreover, low-cost transactions can help mitigate a reliance on money transfer services such as Western Union and the associated high commission fees.

The advantages that blockchain and cryptocurrency can offer could bring about overall improvements in the financial services sphere of these countries but also radically increase levels of financial inclusion in these markets.

Thailand has evidently made notable progress in its cryptocurrency regulations and appears to remain open to cryptocurrency and blockchain—this will likely be an advantage to the nation as the industry continues to evolve globally.

While there is still a big gap between what cryptocurrency can do for society and what it is actually being used for at present, continued developments on this upward trajectory and further support from government leaders ultimately bode well for the future of the cryptocurrency landscape in Southeast Asia.

This is a guest post by: Nithinan Boonyawattanapisut, CEO and Co-Founder HotNow