According to a press statement issued by the central bank, some of IPS 2025’s goal include enabling closer collaboration between banks and fintech, and faster digital transformation within banks.

The 5 initiatives that will be carried out by the central bank will revolve the following key themes; open banking, development of retail payments, development of wholesale payments & financial market infrastructure, data & digital identity, and regtech & suptech.

Laying down the foundation for the five initiatives, Bank Indonesia held a soft launch for QR Code Indonesia Standard (QRIS), which will allow all QR payments to be interoperable using only one QR code. 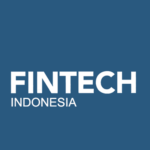 The Largest Blockchain Event In Bali: Over 500 Delegates attended XBlockchain