Following the announcement of Line’s fintech ambitions, the Japan-based company with WeChat Pay-like financial ambitions claims that it may see the new arm break even as early as one to two years, according to Bloomberg.

The claim is notable, as its digital payments unit, Line Pay Corp, has been pumped with US$182 million—following a challenging financial year in 2018 when it posted a JPY 5.79 billion loss. Line is also reportedly struggling with a stagnant user base, and a revenue model based on advertising.

Line’s fintech foray, on top of a Visa-enabled e-wallet already operations, will include banking, loans and insurance, possibly cryptocurrency. and stock trading, depending on how quickly the lifestyle platform could gain all of the required licenses in some of tech’s most regulated industries. Line Bank will be run in partnership with Mizuho Financial Group—one of the leading banking giants in Japan—by next year once regulators grant their blessings.

Shin Jung-ho, co-CEO, claims that Line had been profitable up until last year, which spurred this 3-4 year plan into fintech, Jung-ho’s “number one priority” in the short term.

Line in the short term, will focus on its Japan and Taiwan markets, believing that they can be dominant players. 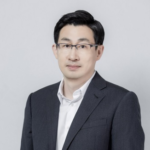 “The messenger competition is over. Nowadays we need another innovation. Fintech can be that candidate. Fintech itself is a proven monetized model, the only problem is how fast we can secure a meaningful size of users. We need three to four years of investment to establish” the business, he said to Bloomberg.

“Once you are a dominant player in one country, it’s easy to expand our services into other countries, so Japan and Taiwan are our first focus to provide financial services.”

Jung-ho claims that they are already a dominant player in Taiwan.

However, the projected 2-year profitability deadline is still subject to when Line acquires the regulatory green light,  which the company seems optimistic on happening soon enough for a 2020 launch. Then, the level of profitability will depend on how quickly the company is able to onboard users.

Singapore and Thailand QR Payments Will Soon Be Standardised