Members of FinTechAlliance.ph, an organization of fintech and digital firms have agreed to institutionalize an industry-wide code of ethics and adopt a code of conduct among its Alliance member-companies for responsible online lending.

This comes after three online lenders were recently cited by the National Privacy Commission (NPC) for data privacy violations.

Several online lending operators in web and mobile apps are resorting to “public shaming” scheme on borrowers who default on their payment. Without looking and reading the “fine prints,” online borrowers agree to the loan terms upon application including lender’s access to its contact list.

As soon as the borrower fails to remit its monthly loan amortization, there are instances where the online lender reaches out to the customer’s contacts and informs them about her financial situation, particularly their unpaid loan.

This becomes an outright violation of data privacy law and lending regulations. The usual victims are the socially disadvantaged members of society who, ironically enough, also make up the bulk of the intended beneficiaries of financial inclusion.

As of today, there’s an estimated 124 fintech lenders in the Philippines broken down to 75 mobile apps, 40 web-based, and five brick-and-mortar with tech platform. But less than half of these are registered with regulators.

Commenting on the code of conduct Lito Villanueva, chairman of FinTech Allliance.ph and Chief Innovation and Inclusion Officer of RCBC said, 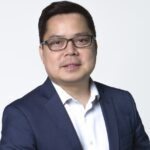 “ “TechnoEthics” is a framework on the ethical utilization of emerging technologies, protecting consumers against the misuse and abuse of innovations, and adoption of common principles to guide players about new advances in technological development and application to benefit society,”

Fintech players are prohibited from manipulating customer data with the objective of disbursing more loans. The practice of intimidation will be strongly prohibited. It sets industry standards in promoting transparency and would protect the customers from any possible malpractices and other unethical actions by any fintech player.

He added that the initiative would protect the good actors or players in the industry and to prevent those who would take advantage of the customers. Alliance members who provide online lending will be required to fully disclose all costs for customers, including interest rates, processing fees, and fines for late payment.

So far, over 5,000 harassment complaints from customers were reported to the NPC, who said online lending apps misused the borrower’s information, including the disclosure of unpaid balances to other people. Both the NPC and the Securities and Exchange Commission (SEC) are investigating the matter. 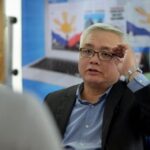 “The investigation determined that their online lending business practice specifically targets the privacy of persons, practically making a profit out of people’s fear of losing face and dignity. These unethical practices simply have no place in a civilized society and must stop,”

“This industry-wide codes of ethics and conduct should help steer the financial technology or fintech industry toward higher standards of behavior and away from attempts to exploit it for money laundering, terrorist financing, fraud and invasion of privacy, for instance,”

Both SEC and BSP issued statements in support of the new TechnoEthics towards better consumer protection and data privacy. Bangko Sentral ng Pilipinas’ Managing Director for the Fintech Subsector, in particular, lauded the FinTech Alliance.ph’s efforts in creating this code of conduct.