CIMB Singapore and iTrust today announced that they have successfully completed their first structured trade financing transaction on iTrust’s Blockchain and Internet of Things (IoT) platform.

The transaction involves the financing of dairy products imported into China and is expected to generate transaction flows of up to US$100 million a year, according to their media statement.

iTrust provides secured real-time visibility of the cargo in transit and in the warehouse using blockchain-based IoT. All data and documents from the transaction are stored in a distributed ledger for provenance and immutability. The technology provides all stakeholders with a secured operational dimension of the transaction, which was absent in the past.

With iTrust’s security, transparency and visibility for the documents and cargo, CIMB hopes to mitigate risks associated with commodity trade financing and facilitate credit extension for their customers. 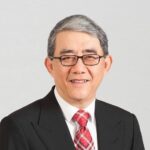 “Given the rapid technology shifts in the market today, we will continue to focus on digitalization and customer experience to transform the way we finance our corporate customers, thus adding value to our services. This blockchain trade financing with iTrust will present an opportunity for CIMB Singapore to support our customers more efficiently and cost-effectively. It mitigates fraud risk, and alerts us of any unauthorized movement of the financed cargo. We are looking forward to working closely with iTrust on this innovative way of trade financing in other markets as well.” 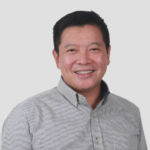 “Digitalization is gradually transforming financing. With iTrust, we have used blockchain-based IoT to provide insight of the physical world into a blockchain digital platform. We believe that the day will come whereby all lenders and borrowers would demand to have a secured real-time view of their cargo under financing on a secure and immutable blockchain platform like iTrust.”

Banks are increasingly warming up to the idea of using blockchain in trade finance, as recent as this week HSBC successfully piloted the first Letter of Credit Transaction on the blockchain in Malaysia.

Banks moving towards this space in unsurprising, experts have predicted that using blockchain in trade finance could potentially increase global trade volumes by US$1.1 trillion by 2026.

The State of ICOs Around The World

Doxa to Launch Blockchain Platform to Match Invoices for SMEs