Here Are The Contenders to Singapore’s Digital Banking Race

Singapore’s digital banking license was perhaps one of the most widely discussed topic in 2019 within fintech circles and we suspect 2020 will not be too different with MAS anticipated to issue licenses by mid-2020.

There were many speculations as to who are the contenders-to-be and there’s no shortage of aspirants announcing their interest to bid for the digital banking license.

With the deadline for application of 31st December behind us, the fog is lifted and we have a clearer picture of who still remains.

Unsurprisingly, there are already some who have decided to drop out of the race. The digital banking consortium consisting of OCBC, Keppel, Vertex and Validus has reportedly pulled out of the race.

Others have chosen not to pursue the license includes the likes of Nium (formerly known as InstaReM) and Revolut who cited the high capital requirements as the reason.

For now, these are the players that we are able to confirm, but there will be no doubt more announcements in the weeks to come and we will be updating this article accordingly.

Grab and Singtel has confirmed that they are forming a consortium to apply for a full digital bank license. Grab will have 60% stake in this consortium whereas Singtel will have 40% stake.

The yet to be named consortium will aim to cater to the needs of digital-first consumers, who have come to expect greater convenience and personalisation, and SMEs which cite lack of access to credit as a key pain point.

The transition into a digital bank is a natural progression to both Grab and Singtel as they have both been doubling down on financial services like mobile payments and insurance.

Razer will be leading a consortium consisting of Sheng Siong Holdings, FWD, LinkSure Global, Insignia Venture Partners and Carro to bid for a full digital bank license. Razer will be taking a majority stake of 60% and the partners named above will be taking the remaining equity interest in Razer Youth Bank.

The mix in this consortium is both diverse and interesting with players who are in the space of supermarket chains, insurance, mobile internet, venture capital and used car marketplace.

As the name would suggest the digital bank aspirant will be targetted at a digitally savvy youth. They claimed that if approved Razer Youth Bank will be the “world’s first global youth bank” which is a strange claim seeing as most if not all neo-banks and digital banks are targetted at the same segment. 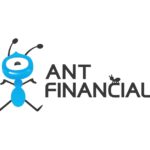 Ant Financial were among the many Chinese firms who have previously stated their interest to bid for Singapore’s digital banking license.

The group majority stake in popular e-commerce site Lazada could potentially provide them a competitive advantage.

The newly formed consortium is reportedly eyeing the underserved SME sector in Singapore.

Reports from BT have indicated the ByteDance the Chinese firm behind popular social video-sharing app TikTok has also joined the race to apply for a wholesale digital banking license in Singapore.

We’ll provide updates on ByteDance’s application once we are able to verify this information.

The BEYOND consortium announced Sunday their bid for a full digital banking license in Singapore.

V3 Group is best known for being behind like OSIM and TWG, while EZ-Link is no stranger to Singaporeans who uses this contactless payment card daily for their commute.

The BEYOND digi-bank consortium much like the others are also focused on the SME segment, with the Singapore Business Federation taking a minority stake of below 10%, the consortium could potentially tap SBF’s network of 27,000 companies

The trio said that the consortium’s goal is to build a “data-driven, next-generation bank” focused on the SME segment. Both Philip Capital and Advance AI are backed by Temasek’s subsidiary, Pavillion Capital.

AMTD led consortium consisting of Xiaomi, SP Group and Funding Societies announced that they too are throwing their hat in the ring for a digital wholesale banking license. In Hong Kong, AMTD and Xiaomi’s joint venture named Airstar Bank successfully secured a digital banking license in 2019.

AMTD Group is a non-bank financial institution that provides capital markets and advisory, asset management, insurance brokerage, and strategic investment services. Meanwhile, Xiaomi is primarily known as a smartphone brand, but it also has made stakes into fintech.

SP Group is a government-owned electricity and gas distribution company in Singapore and Funding Societies is a P2P lending platform operating across South East Asian markets.