Singapore FinTech Industry: Are We Seeing a Talent Drain?

Over the past couple of decades, Singapore has transformed into one of the world’s strongest economies and financial markets. But, in spite of this, it appears as though Singapore is failing to attract financial graduates to fill vacancies in growing industries.

Singapore is one of only 14 economies in the world with a sovereign credit rating of AAA from Standard & Poor’s. In addition, it’s the fourth-largest foreign currency trading centre in the world, as well as being the fourth-strongest financial market in the world thanks to its high degree of financial stability, banking efficiency and commercial access to capital.

Of the 182 world currencies, the Singapore dollar is the 12th most traded, and the Singapore Exchange is Asia’s most internationalised exchange. This is because more than 40% of the companies listed on it originate outside of Singapore.

As a result, Singapore’s financial industries are growing rapidly, alongside a number of other growing industries.

Often these companies are start-ups, and we’ve seen a huge growth in Singapore thanks to the aforementioned growth in the financial markets.

In fact, growth has been so hot that reputable companies are now creating ‘top Fin-Tech start-ups to watch’ lists like this one, and a Fin-Tech festival will even run in November.

In fact, the growth is so exceptional that Fin-Tech companies are struggling to recruit people to fill vacant positions and fuel their growth.

Filling the Vacancies: Are We Witnessing a Brain Drain?

At present, the issue that Singapore has with these emerging industries is that they’re expanding too quickly. What may happen in the near future is that Singaporean businesses begin  to witness the type of difficulties nearby Malaysia have been experiencing for several years.

This is because, at present, other than gaining experience through their own trading efforts, opportunities are not available for young Singapore graduates to fill financial vacancies. However, to prevent this brain drain, there’s a new scheme to help.

As a result, to counter this brain drain, five of the country’s polytechnic universities have looked to alter and expand their curriculums. Some of these changes will be specifically targeted at the Fin-Tech related jobs that have become available in the financial sector.

At present, around 2,500 students enrol in the banking and IT courses that would be affected by this change, and all of these would benefit from this initiative.

Starting in 2017, the scheme will also be partnered by a series of internships with mentors. Overall, there will be 100 Fin-Tech internships, with each intern helped by a designated Fin-Tech mentor.

Prior to the launch of the scheme in 2017, companies will be able to register their interest for interns or to nominate mentors to take part in the scheme. Many of the businesses that are expected to apply are start-ups, financial institutions, and regulatory bodies. Mentors are also expected to include venture capitalists and incubators.

The main hope is that, through the experience provided, polytechnic students will be able to acquire relevant skills that will help them meet the needs of the Fin-Tech sector, while also providing them with better employability prospects at the end of their degrees.

Finally, to plug the gap, it is hoped that polytechnic students can get actively involved in working with Fin-Tech companies during their studies. This will be particularly targeted at final year students who are undertaking their final year projects and looking for employment at the conclusion of their degrees.

Here, students will have the opportunity to work alongside a Fin-Tech company, improving their technical skills in software/ mobile development, user experience, cloud application development and data analytics, as well as cyber security.

So, although Singapore’s financial markets continue to grow rapidly, the country is making plans to fill the jobs being created with local people; particularly students. The scheme is set to start next year, so results should be seen within 18-24 months, with many predicting that Singapore’s economy will continue to grow as a result.

Image credit: Singapore at night by leungchopan, via Shutterstock 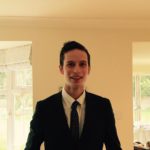 Coworking Conundrums – A Guide to Coworking Space in Singapore