The Monetary Authority of Singapore (MAS) and The Association of Banks in Singapore (ABS) announced today that the consortium which they are leading has successfully developed software prototypes of three different models for decentralised inter-bank payment and settlements with liquidity savings mechanisms.

The project, conducted together with 11 financial institutions and five technology companies1, is the Phase 2 of Project Ubin2, which explores the use of Distributed Ledger Technology (DLT), commonly known as blockchain technology, for clearing and settlement of payments and securities.

The three software models developed are amongst the first in the world to implement decentralised netting of payments in a manner that preserves transactional privacy. Existing netting programmes used in inter-bank payments rely on a single payment queue visible to the operator to find offsetting payments. Decentralising the queue, however, potentially exposes payment details to an unauthorised party. The latest models in Project Ubin achieve a superior combination of decentralisation and privacy.

Accenture will publish a report on the project findings and details of the prototypes developed. The report will aid central banks and financial institutions embarking on the use of DLT, in understanding the platform characteristics and design considerations of commonly used DLT platforms.

The report will be published during the Singapore FinTech Festival, which will be held on 13 to 17 November. 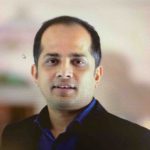 “A key outcome of the consortium’s effort is the ability to perform netting while protecting the privacy of transactions. This helps to open up opportunity for a wider adoption of DLT-based settlement systems. We are sharing our learnings and knowledge from Project Ubin to encourage greater experimentation amongst central banks and financial institutions. We look forward to working with other central banks on the use of DLT for cross-border applications.” 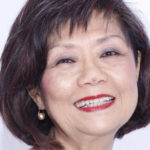 “Project Ubin has brought the banks together in experimenting with DLT in a collaborative, open and transparent manner. We see immense benefits from a successful industry collaboration that creates a vibrant ecosystem. We are encouraged that this outcome could potentially be leveraged on by the banks to catalyse the development of more innovative solutions. ”

This article first appeared on mas.gov.sg, Featured image via mas.gov.sg