Malaysia: Chinese Giant’s Battleground for Digital Wallets, Who Will Win?

Geopolitical pressures to out-compete the Americans have driven China to exert its influence in South East Asia.

Chief among the beneficiary of this exercise is Malaysia. While many of these government to government initiatives are largely focused on infrastructure projects, we’ve seen many major initiatives from the fintech end of the divide. Most notably are TenCent’s WeChat Pay and Ant Financial’s AliPay foray into the Malaysia digital wallets space.

Their entrance into the Malaysian market is no triffling matter, together these two companies make up for 92% of the payments market in China. In this article, we intend to explore the initiatives of these Chinese giants and speculate who will likely emerge victorious.

Alipay was founded in 2004, and in a short span of 3 years from its founding it has secured over 50 million users. At the time of writing, AliPay claims to have over 520 million users across the region. AliPay accounts for 55% of the mobile payments market in China.

Entering Malaysia in early 2017, AliPay has announced its strategic partnership with the nation’s 3 largest banks, namely Maybank, CIMB Bank and Public Bank . In this arrangement the respective banks would act as the settlement and merchant acquirer bank which allows Chinese tourists to pay for things yuan without being concerned about exchange rates. Following that announcement AliPay entered into a series of strategic partnerships in Malaysia with the likes 7-Eleven, Starbucks, Malaysia Airports Berhad, GHL, MOLPay.

As an affilliate company of Alibaba, AliPay also enjoys the strategic advantage of Jack Ma’s close relationship with the Malaysia Government as the Digital Economy Advisor of Malaysia. In this capacity, Jack Ma and Prime Minister Najib jointly launched the Digital Free Trade Zone (DTFZ) which is slated to boost the nations e-commerce activities.

The DTFZ initiative will benefit e-commerce players in Malaysia like Lazada which incidentally, Alibaba has an 83% stake in. Lazada’s payment platform HelloPay was also acquired by the group and has since been rebranded to AliPay.

Best known for it social messaging app WeChat, Tencent is one of the largest tech conglomerates in China, it is reported that Tencent has surpassed Facebook in value. The company claims to have over 600 million users on WeChat Pay and QQ Pay. Its social messaging app WeChat boasts an impressive number of over 900 million daily active users second only to WhatsApp. In terms of the mobile payments market, Tencent commands 37% of of the mobile payments market in China.

While the Alipay still captures the lion share of the market in China, it is important to note that as of 2014 AliPay had 80% of the market, that is until 2014, when WeChat Pay launched its virtual “HongBao”  which are red packets with money filled inside, it that is traditionally given out during Chinese New Year. Within the same month of its launch, WeChat Pay saw its user base grow from 30 Million to 100 million. Jack Ma likened the incident to a “Pearl Harbor” attack on AliPay.

The company claims to have 20 million active users in Malaysia’s population of 31 millions citizens. In July the company applied for an e-money license with Bank Negara Malaysia and has recently seen the regulator granting Tencent the license to operate. The company expects the services to go live sometime in 2018, therefore much of it’s game plan it not made available yet.

While from all aspects it would appear that Alipay reigns supreme in the Malaysia digital wallets space, we should not underestimate the power of WeChat’s user base and we must also be alert to the fact that the battle in China between the two giants is a far from over and WeChat is quickly becoming a strong contender with the potential to dethrone Alipay in China. While the outcome remains to be seen, the verdict for the likely winner goes to Alipay until more information is made available on WeChat Pay’s game plan in Malaysia. 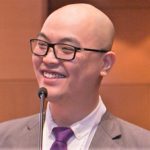