10 Philippine Based Blockchain Influencers You Should Know

Blockchain in a generic sense is a new mode of collaboration applicable across a variety of industries and not just fintech. It is even viewed by many as the “new Web” or “new Internet”. 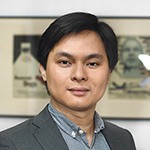 John is the co-founder and CEO of SCI Ventures Inc who has been building a Bitcoin ecosystem in the Philippines for the past four years. He also co-founded two Bitcoin technologies in 2014, the Bitmarket.ph and Rebit.ph, meant to empower Filipinos with universal access to otherwise inaccessible financial services. A software developer and entrepreneur, John established his first venture, Baicapture Inc. in 2006, touted as a pioneer in the photo booth industry with presence in the Philippines and Singapore. 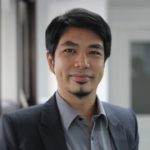 Luis is the chief technology officer of BloomSolutions Inc., a company he co-founded with Israel Keys in October 2015 that focuses on bringing the blockchain to remittance businesses around the world, especially reducing its cost for thousands of migrant Filipinos overseas. He authored a book “Reinventing Remittances with Bitcoin,” which collects strategies and stories about the fast-growing blockchain remittance industry.

Luis has presented at numerous industry and academic conferences around the world and was recently cited as one of the 50 Most Influential Payments Professionals at the World Payments Congress, and as one of the 50 Young Gamechangers Shaping the Philippines’ Future by Tatler Magazine. He has been building tech startups for over a decade and is also an active blogger and a prolific illustrator. 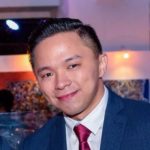 James is a software developer who pioneered a bitcoin exchange in the Philippines in 2013 called BuyBitcoin.ph now owned by Bitcoin Investment Group. He is also the founder and current CEO of software development company MergeCommit which he founded in April 2017 to provide blockchain based products and services for companies here and abroad. He is responsible for strategic planning and management of MergeCommit. He envisions MergeCommit to be the most successful and well-known blockchain company in South Asia within the next eight years. 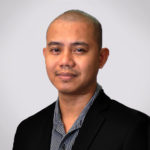 Emerson heads NEM Philippines, a company that helps enterprises leverage blockchain technology. He is also the CEO of Coin Sessions PH and sits as one of the Board of Advisors for LoyalCoin and CoinPoker. He’s been working in the field of engineering, planning, sales, and supply chain for almost a decade. As a blockchain advocate, Emerson promotes innovation awareness in the Philippines as a consultant, advisor to startups and ICOs, and blockchain firms with building communities. 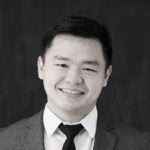 Nichel is the founder and CEO of Philippine Digital Asset Exchange (PDAX), an online, open marketplace for cryptocurrencies like Bitcoin. He established the company in 2017 that encourages Filipinos conduct direct investments in cryptocurrencies. He is the former investment banking associate at Evercore in Hong Kong, with a focus on M&A, and also used to head the corporate trust and investments at HSBC in the Philippines. Nichel received his MBA from The Wharton School of Business and is a CFA charter holder. 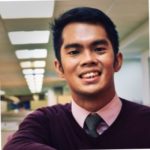 Gerb currently leads the blockchain center of excellence or BCOE at UnionBank of the Philippines, managing the organization’s emerging technologies innovation portfolio. He Serves as an advocate, evangelist and thought leader for the application of blockchain/DLT and innovation for the organization. He also participates in various organizational informational sessions and continuing educations programs

Gerb has joined Unionbank since 2009 right after receiving his Bachelor of Science in IT degree at the University of San Carlos in the same year. Among the notable roles he took at the universal bank include leader in product and business development for fintech firms and startups, a product owner of Unionbank Online, and leader of the executive accelerated development program. 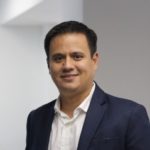 Israel is the founder and CEO of BloomSolutions Inc. which he established in 2015 to provide a range of financial inclusion services to the unbanked in the Philippines. Hailing from Australia, Israel integrates a background in software engineering, international humanitarian aid and development, and entrepreneurship. He considers himself now as a blockchain entrepreneur – innovation strategist. He holds degrees in Engineering and Science from the University of Queensland, Australia, and a Masters in Public Administration from Harvard University’s Kennedy School of Government. 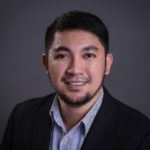 Marco holds the title of chief blockchain architect and head of research and development at SCI Ventures Inc. His two other present occupations are independent business owner of Tulustech Innovations, and co-founder of Teravibe.com. A BS Computer Science graduate at Roosevelt College, He specializes in systems integration, and product and service development. And besides blockchain, Marco’s portfolio of IT skills include free and open-source, Internet-of-things, data purification and analytics. 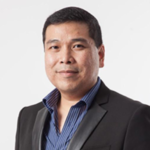 Nix is the co-founder of Xurpas, the first mobile consumer technology company to be listed in any Southeast Asian Stock Exchange. He stepped down as CEO last July to lead the company’s wholly-owned subsidiary ODX Pte. Ltd. that launched Xurpas’ blockchain project last May designed to allow consumers in emerging markets to access the internet for free via sponsored data packages.

Nix, however, remains as chairman of Xurpas. An active angel investor, he has made more than 30 angel investments in early stage tech startups and blockchain companies in Asia and the US. Nix is also the first Filipino Entrepreneur chosen by the Endeavor global network, the Ernst and Young 2015 Philippine Entrepreneur of the Year, and was also chosen as one of The Outstanding Young Men (TOYM) in the Philippines in the same year. He holds a Bachelor of Science degree in Management from Ateneo de Manila University. 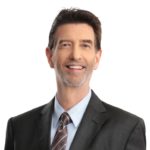 Justo is the chairman of UnionBank and the Blockchain Association of the Philippines. He is active in promoting financial inclusivity through blockchain. He recently led the launching of the bank’s blockchain initiative named Project i2i that aims to bring millions of unbanked Filipinos to the financial system by connecting rural banks to the country’s main financial network. Justo was the CEO of Unionbank from 1993 to 2017. Prior to joining UnionBank, he was managing partner for Global Finance and country executive for Investment Banking at Citibank N.A.

Only once per month, we will keep you updated with the latest news and events of Fintech in the Philippines.