Cryptocurrency has been the subject of a huge amount of interest by the populace, yet if you pulled someone off the street to ask them specific questions, there’s a very high chance that they’ll draw up a blank.

The crypto-world isn’t exactly the most easy-to-understand field, which has lent to the slew of ponzi scams masquerading under crypto-related names. Even among those who do have an understanding of cryptocurrency, the no holds barred Game of Thrones playing field that is the crypto-trading is not welcoming to beginner traders just starting to dip their toes. 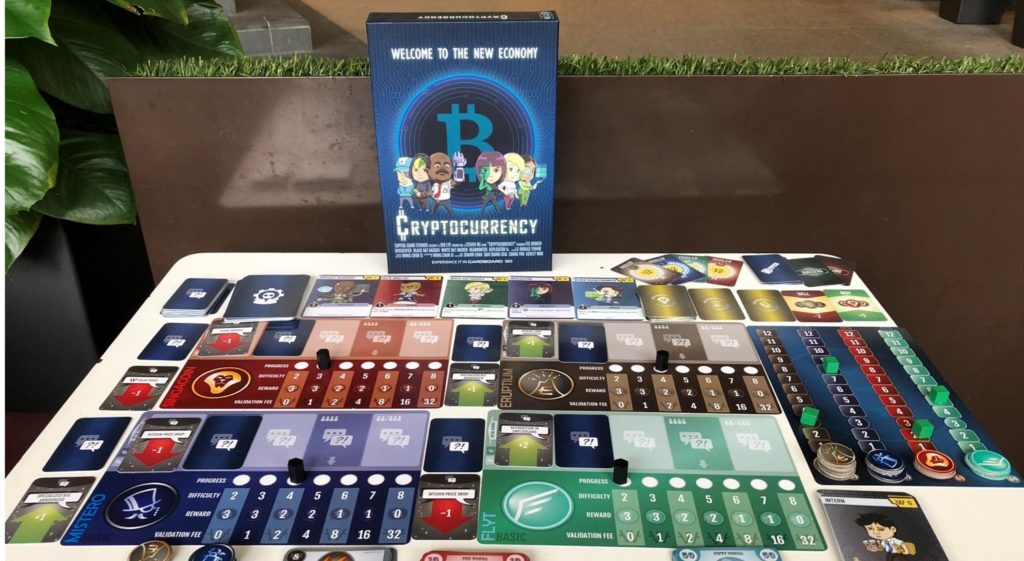 The Cryptocurrency Board Game’s Goals Are Educational 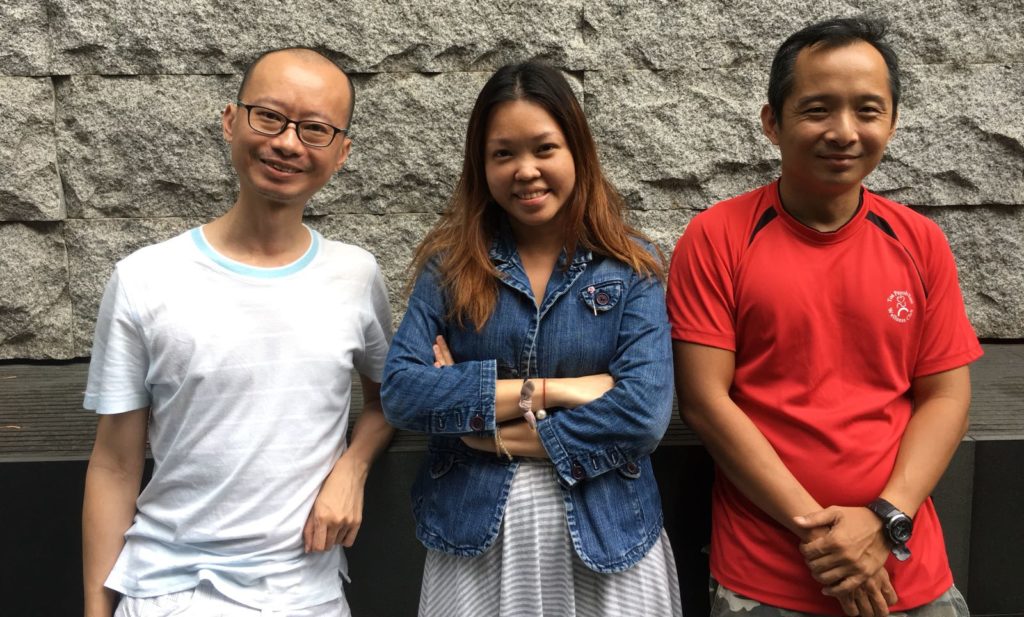 Capital Gains Studio was started by two finance professionals who got together to design their first educational board game, a financial literacy game called Wongamania.

“The game was well received and we decided to do start something that is totally different from what we have been doing—board game publishing. Since then, the team has grown to include people from various backgrounds such as design, engineering, and technology,” said Xeo Lye, of the Capital Gains team.

Xeo admitted that the team didn’t have much experience in the creative industry, but more more relevant to their current project, that no one in the team has any cryptocurrency background either. However, they have learned to adapt to the former with trial and error, and the latter by seeking feedback from friends who are in the fintech and blockchain industry.

It was of particular importance to the team that the Cryptocurrency game mechanics accurately reflects the real world situation. In fact, Xeo characterises their R&D expenditure as “lots of beer, whiskey, Starbucks along with thick skin in asking crypto-experts to provide us with pro bono technical knowledge and advice.”

“If we have excess funds left over from the Kickstarter project, we will throw in a good meal for them,” joked Xeo.

We have yet to sample the game for ourselves, but a cursory glance of the gameplay mechanics tells us that they’ve got one thing right—the game is a complicated ordeal that combines a plethora of different game mechanics, where players can choose whether to play it safe, take huge risks, and even manipulate other players as they execute their own unique strategies to victory.

Combating Scams with a Game 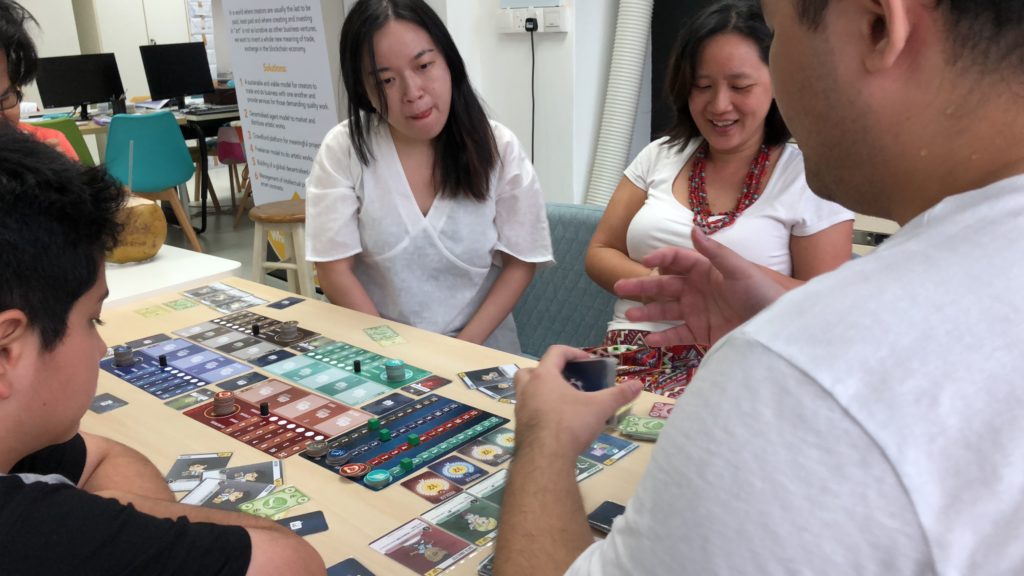 According to Xeo, the sudden surge of scammy ICOs and altcoins spurred the team to create Cryptocurrency the board game.

“US$1.7 billion has been lost to Cryptocurrency scams to date. However, on the other hand, this technology represents a young technology, that has the ability to transform the world like what internet did in the late 1990s,” said Xeo.

By launching their board game, the average masses can, in their own time, learn about cryptocurrency, while experiencing both the pros and cons of the industry in its current nascent and volatile state.

“We are also using a board game as a creative means to record this moment in time of the development of Cryptocurrency, where there is no regulation, market manipulation and rumors ruling the day. This is similar to why Monopoly was developed in the early 1900s in United States, intended as an educational tool to illustrate the negative aspects of concentrating land in private monopolies.” 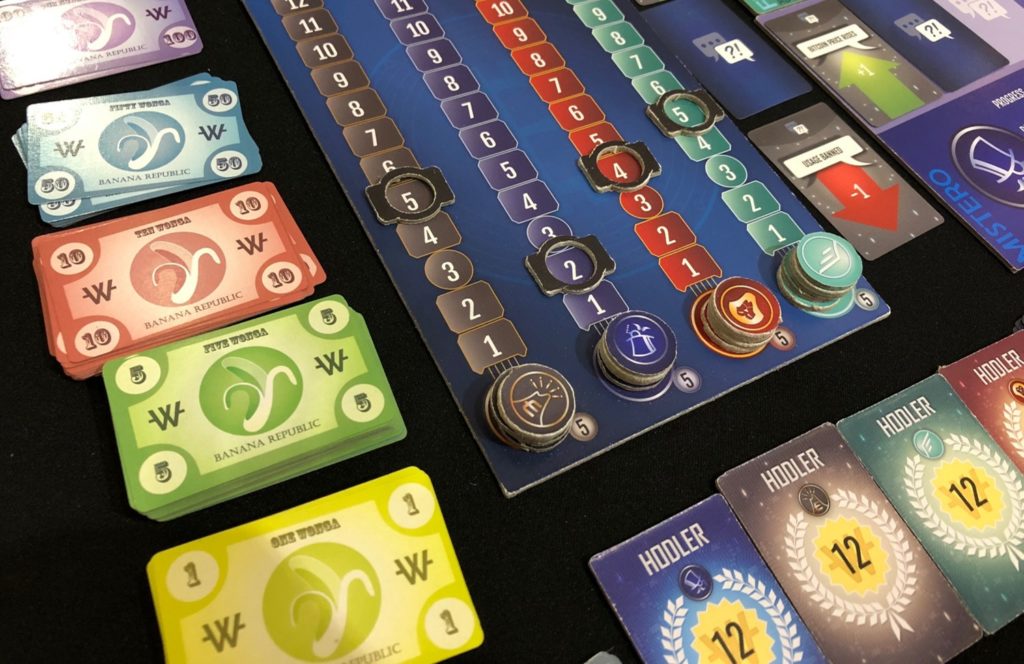 Opinions on cryptocurrency have now cooled somewhat after the huge bitcoin dip earlier this year, but the team seems unphased by this current development.

“There is a lot of curiosity on the subject matter but not much vested interest yet,” argued Xeo.

“So I will say that we are at a sweet spot where the awareness is starting to spread and people are hungry to learn more about Cryptocurrency. Judging from the interest of volunteers who wanted to test the game during its prototype stage and the amount of questions they asked, I will say that the demand is there.”

The board game is also currently on Kickstarter, and has in fact already raised more than its admittedly low SG$ 5,888 goal. Xeo revealed that the amount requested is not enough to cover the team’s manufacturing costs, but they’ve already received a sufficient amount of game pre-orders. The Kickstarter fund was instead intended as a marketing tactic to drive more global interest.

Total funds raised at the time of writing, in S$.

The Capital Gains team sees bigger challenge in actually convincing their Kickstarter backers to give the game a shot, because to Xeo, they are a skeptical bunch who are unsure of whether a cryptocurrency board game can actually reflect the real world situation of cryptocurrency trading.

Capital Gains also has to contend with existing trends.

“Previously, there has been attempts to launch cryptocurrency related board games on Kickstarter, but most of them did not take off for one reason or another,” said Xeo.

The team hopes that their 4-year experience in producing finance-based board games and reputation will be able to sing a different tune for both board game enthusiasts, as well as the crypto-curious.

Once fully produced, the Cryptocurrency board game is expected to retail at SG$39. You can check out the game and rules here.

#DeleteCoinBase Trending Soon After Its Funding Boost from Singapore’s GIC