Singapore’s annual Fintech Festival, one of the largest fintech events in the world, will take place in less than a month from now and promises, once again, to bring together some of the globe’s most influential fintech entrepreneurs, leaders and experts.

This year the program also conists of  the Global Investor Summit targeted at investors and enterprises and MATCH (Meet ASEAN’s Talents and Champions), a platform that will curate and match promising next-generation ASEAN enterprises with global private equity and venture capital. 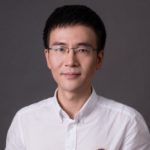 Cheng Li joined Alipay in 2005, and was one of the founding engineers who built Alipay’s technology platform from the ground up. He is currently focusing on the next generation of Ant Financial’s overall platform and infrastructure, as well as cultivating technical talents in the field of fintech. 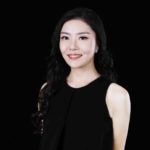 Sun and her team are devoted to bringing Tencent’s fintech experience and solutions to partners worldwide. She also supports the in-house M&A team to look after the international expansion opportunities. 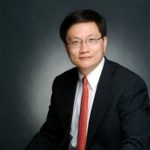 Tang Ning is the founder and CEO of CreditEase, a global fintech leader specializing in inclusive finance and wealth management. He also serves as Chairman of Beijing Internet Finance Association.

During his early career, Tang joined Wall Street investment bank Donaldson, Lufkin & Jenrette where he worked on IPO, bond issuance and M&A in the areas of financial services, telecommunications, media and technology. In 2006, Tang founded CreditEase in Beijing.

Andre Soelystio is the president of GO-JEK, a technology company that offers various services such as travel in motorcycle taxi, good delivery, food and order delivery and shopping. GO-JEK is the first startup of Indonesia to become a unicorn. GO-JEK’s fleet today exceeds 300,000 drivers and includes motorcycles, cars and trucks.

Previously, Soelystio worked in Kartuku as chairman, Northstar Group as a director, PT Delta Dunia Makmur, Tbk as a head of finance, and Triuptra Group. 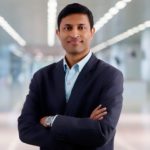 Anthony Thomas is currently the president and CEO of Mynt, which provides fintech solutions to consumers, merchants, and organizations in the Philippines. He joined Mynt as COO in 2015 as part of the founding leadership team, and was directly responsible for the financial services vertical.

Prior to Mynt, Thomas was with Citibank’s Global Consumer Group for 17 years across Asia, Latin America and the US. His experience spans Consumer Lending, Cards and Wealth Management. 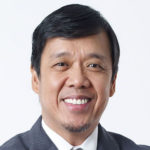 Jojo Malolos is the chief executive officer of Wing (Cambodia), a pioneering and leading mobile banking and finance institution that has the biggest mobile financial services footprint in Cambodia. Wing allows for the use of innovation and technology to give Cambodians, particularly the unbanked, access to financial services that have not been made available to them in the past.

Malolos is an experienced mobile money and mobile payments executive who brings with him extensive mobile and digital financial services (DFS) experience in emerging markets, working with key stakeholders in banks, regulators, MNOs, financial institutions, microfinance companies and global mobile money and financial inclusion organizations. He had worked with companies in the Philippines, Latin and North America and Africa that married technology and finance that are relevant to the poor. 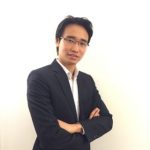 Kelvin Teo is the co-founder of Funding Societies | Modalku, one of the largest regional peer-to-business digital financing platform in Southeast Asia, licensed and operating in Singapore, Indonesia and Malaysia.

Prior to Funding Societies, Teo served as a consulting professional at KKR, McKinsey and Accenture. He graduated from Harvard Business School and National University of Singapore (valedictorian), and is a certified chartered accountant. 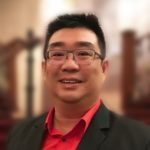 Richard Koh is the founder and chief executive officer of MDAQ. Koh had his first entrepreneurial pursuit when he was 14, co-founding a computer games startup. Between 1990 and 2009, his careers were built at JPMorgan/Chase Manhattan, Credit Suisse (First Boston), Standard Chartered and PricewaterhouseCoopers.

Koh is a fellow chartered accountant (FCA) and holds an executive MBA, a bachelor of 2 Accountancy and several diplomas in computing, and a scholarship from PricewaterhouseCoopers. He holds 2 technical patents that forms the foundation to the M-DAQ business. In 2018, he was named Entrepreneur of the Year by Singapore Computer Society. 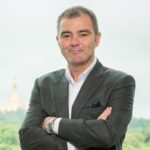 Previously, Jones headed mobile money and innovation for Visa in Asia Pacific, the Middle East, North & West Africa and Pakistan. He has also been an emerging payments consultant to World Bank Group and Grameen Foundation, working in a variety of markets including the Philippines, Indonesia, Bangladesh and China. Prior to Visa, Brad was the founding managing director of Wing Cambodia. 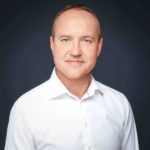 Robert Lempka is the co-founder and chief executive officer of ayondo Group, which offers both a sophisticated online trading platform for individuals investing in CFDs and spread betting, and a leading social trading platform. ayondo is the first fintech company to be listed on the Singapore Stock Exchange’s Catalist Board.

Prior to ayondo, Lempka was the CEO of ABN AMRO marketindex, a next generation trading platform, and held trading management positions at Dresdner Kleinwort in Frankfurt and at Goldman Sachs International in London. 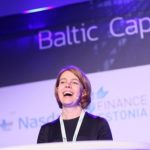 Kaidi Ruusalepp is the founder and CEO of Funderbeam, the global funding and trading platform of growth companies built on blockchain. Funderbeam marketplace delivers capital to growth companies and on-demand liquidity to investors worldwide.

Ruusalepp is a member of the Startup Europe Advisory Board at the European Commission. She is a former CEO of Nasdaq Tallinn Stock Exchange and of the Central Securities Depository, co-founder of the Estonian Service Industry Association. 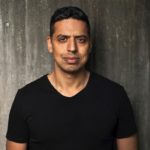 Pavel Bains is the CEO of Bluzelle, “the decentralized database for the new internet.” Bluzelle has been named a Technology Pioneer by the World Economic Forum.

Bains is an expert in technology having worked with Disney, Microsoft, Warners Bros, DreamWorks. He is also a frequent contributor to Forbes, Huffington Post and Fast Company. 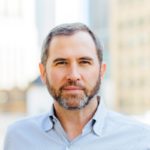 Brad Garlinghouse is the CEO of Ripple and a member of the board of directors. Prior to Ripple, Garlinghouse served as the CEO of file collaboration service Hightail. From 2009 to 2012, he was president of consumer applications at AOL and prior to that he held various executive positions at Yahoo! from 2003 to 2009, including senior vice president.

Earlier in his career, Garlinghouse helped to pioneer the VoIP industry as CEO of Dialpad Communications. He currently serves on the board of directors of OutMatch and has helped board positions at Ancestry.com and Tonic Health.

Michael Casey is a senior advisor at MIT Media Lab’s Digital Currency Initiative and a senior lecturer at MIT’s Sloan School of Management. He’s also the chairman of CoinDesk’s advisory board, a founding member of the Global Blockchain Business Council, and an advisor to various companies and not-for-profit organizations.

Before joining MIT, Casey spent 24 years as a journalist, most of it at Dow Jones and The Wall Street Journal, where he was last a columnist covering global economics. He is a frequent public speaker, a regular media commentator and the author of five books, including the recently published The Truth Machine: The Blockchain and the Future of Everything and, from 2015, The Age of Cryptocurrency, both co-written with Paul Vigna. 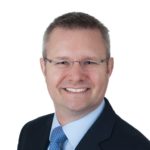 In addition to managing several of Accenture’s strategic alliances in the blockchain domain, he sits on the boards of the Linux Hyperledger Project, the ID2020 Alliance, the Digital Chamber of Commerce, and is the Vice Chairman of the Enterprise Ethereum Alliance.

Treat holds over 26 blockchain patents and pending patents and is a frequent speaker and the author of several papers. He was named one of the Sci-Tech 100 2018: The Architects of the Future by Silicon Republic. 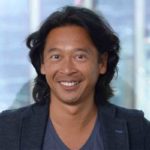 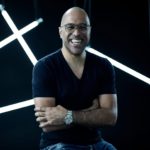 Legrand works with PricewaterhouseCoopers’s largest clients globally and is typically called on to solve the most challenging and radical briefs bringing his passion for solving complex business problems with today’s emerging technologies. 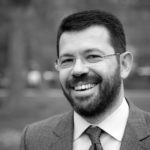 Sironi owns a track record as startup entrepreneur, and is author of bestselling literature on finance, technology and regulation. 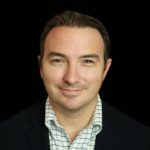 Prior to joining AWS in 2014, Mullins’ 20-year career in financial services included roles at JPMorgan Chase, Nasdaq, Merrill Lynch, and Penson Worldwide. A graduate of Texas A&M University, Mullins is a subject matter expert quoted in industry media, a recognized speaker at industry events, and serves on the advisory board of the Fintech Sandbox.

Global Head of AXA Next Labs, AXA Next 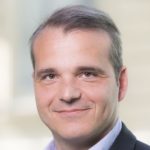 Frank Desvignes was appointed global head of AXA Next Labs in September 2018 to lead the labs’ activities across Asia, US, Europe and Africa. He joined AXA in 2012 to define and implement the company’s digital transformation strategy being in charge of global P&C and EMEA LATAM Region.

Passionate about entrepreneurship and innovation, he moved to China in 2015 and successfully created AXA Lab Asia in Shanghai to be closer to the most dynamic ecosystem of fintech and insurtech.

Prior to that, he established the e-marketing department and managed the Internet and mobile department of retail banking in France at BNP Paribas. 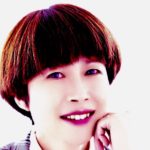 Dr. Helen Liang is the managing partner of FoundersX Ventures based in Silicon Valley. Liang has invested in over 20 early stage tech companies in AI and big data value chain, including robotics, drones, autonomous driving, AI for enterprise, fintech and edtech. She has over 12 years of experience in product development and early stage technology investment in high-tech industry.

Liang serves as the co-president of the AI Alliance in Silicon Valley, and hosted the 1st US-China AI Tech Summit in June 2018.  She has been an invited speaker and panelist at the AI Forum in Wuzhen Summit 2017 in China and at the AI Roundtable in World Government Summit 2018 in Dubai.

Liang is a guest lecturer in Stanford University and Tsinghua University, teaching technology ventures and product innovation, and serves as a judge at Stanford BASES Challenge. She is also a board advisor to CKGSB Silicon Valley Program. 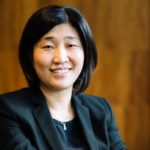 Jenny Lee is a managing partner at GGV Capital and has over 17 years of experience leading venture investments in the US and China markets. Over the years, she has worked with companies from seed stage to IPO in industries covering IT services, gaming, education, fintech, and smart mobility and automation.

Since 2011, Jenny has been recognized by the Forbes Global 100 VC Midas List of top venture capitalists, ranking as the #1 woman and #10 overall in 2015. In 2016, she was named to the Vanity Fair New Establishment list, Fast Company Most Creative People in Business list and was recognized by The New York Times and CB Insights among the top 100 venture capital investors worldwide. 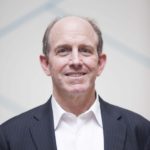 Dr. Matthew Gamser is the CEO of the SME Finance Forum, the world’s leading center for knowledge exchange, good practice promotion and networking for the finance industry in this field. The SME Finance Forum is managed by the International Finance Corporation (IFC) for the G-20 countries’ Global Partnership for Financial Inclusion. 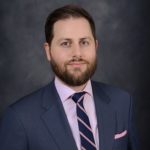 R. Jesse McWaters leads the World Economic Forum’s exploration of fintech and financial innovation where he has authored some of the most comprehensive and influential publications to date on how the fourth industrial revolution in reshaping the financial ecosystem.

Through close collaboration with C-suite financial executives, senior regulators and a global network of leading fintech innovators, McWaters has produced a number of in-depth analysis on the implications of open banking, blockchain, digital identity, and AI on the competitive dynamics of the financial sector and the broader role of financial services in society.

McWaters is a frequent speaker and media commentator on fintech. Presentations on his outlook are frequently sought out by leading financial institutions and global policymakers including the Financial Stability Board, the Basel Committee on Banking Supervision, the Federal Reserve Board, the Peoples Bank of China, the European Parliament, and the Federal Deposit Insurance Corporation.

Profile pictures and bios based on https://fintechfestival.sg/speakers/

Hotels Near These 7 Must-Attend Upcoming Fintech Events In Singapore