InstaReM Closes Series C Round, Bringing its Total Funding to US$ 59 Million

Singapore-based InstaReM, a digital cross-border payments company, announced the close of a US$41 million Series C funding round. The company pulled in an additional US$20 million round led by Singapore-based Vertex Growth Fund (VGF), supported by first-time investor Atinum Investment, hailing from South Korea.

This latest round takes InstaReM’s total funds secured to US$ 59.5 million, which allows it to retain its position as one of the top funded startups in both Singapore and Southeast Asia during this period of heavy investment into the region. The Series C round fell short of its initial target of US$ 63 Million.

Besides expressing intentions to IPO in 2021, the proceeds of the latest round will be used to, as to be expected, help with growth and expansion in new and existing markets. InstaReM mentioned that they are expecting to receive licenses in Japan and Indonesia later this year to furnish the existing 50 regions they already operate in, encompassing the Asia-Pacific, North America and Europe regions.

Beyond that, InstaReM has existing plans to open a regional headquarters in Latin America, and to grow its teams in London and Seattle. This is all to be completed ahead of launching a cards platform after receiving card-issuing abilities from Visa. The card program will be expanded into Australia, Hong Kong and Malaysia.

All of these plans are to be completed before 2019 comes to a close. 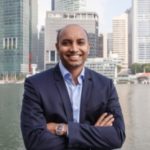 “The digital cross-border payments market is growing and disrupting at an unprecedented rate. For InstaReM to continue to expand and stand out we need to offer a customer experience like no other, and so that’s our main focus as we move forward.”

12 Essential Fintech Tools For Expats and Travellers Heading To Singapore