Among the findings of a recent report, Fulfilling its Promise – The Future of Southeast Asia’s Digital Financial Services Industry, from Bain & Company, Google and Temasek, it shows that Southeast Asia represents one of the world’s largest and fastest-growing regions; however, around 75 percent of consumers in the region are currently underbanked or unbanked, with limited access to financial services. Digital financial services offer accessibility to this potential consumer base, given the region’s high smartphone penetration and engagement, facilitating greater customer adoption of embedded financial services.

The report includes data from consumer and merchant surveys, corroborated with expert interviews and databases. This research forms part of the 2019 e-Conomy SEA report, which covers the six largest markets in the region: Indonesia, Malaysia, the Philippines, Singapore, Thailand and Vietnam. 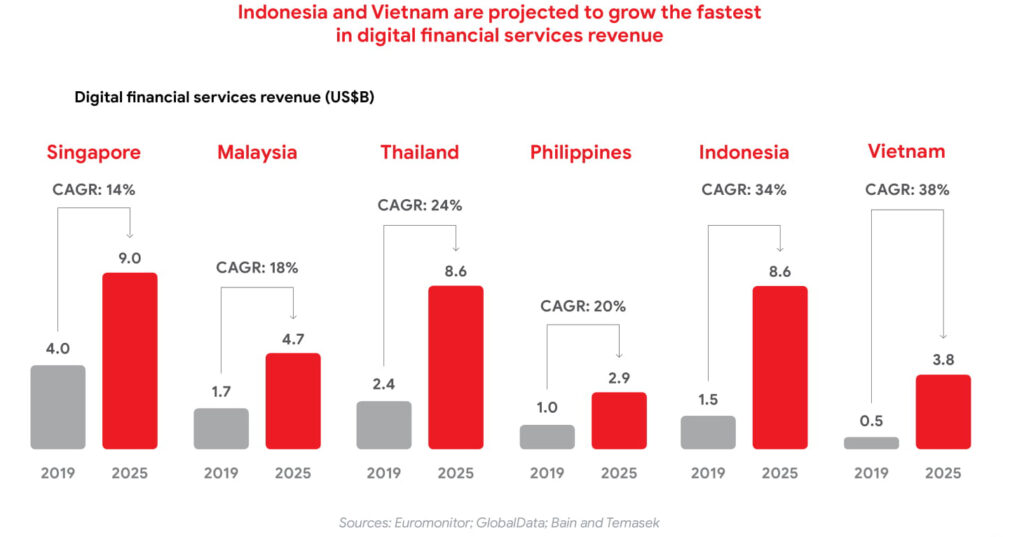 According to the report, among various services, digital payments is the most advanced and will exceed US$1 trillion in transaction value by 2025. Both digital payments and digital remittances are at inflection points. The other services — lending, investment and insurance — are still emerging, but each should grow by more than 20 percent annually through 2025. Digital lending will naturally emerge as the largest revenue contributor led by innovations in consumer and SME lending. 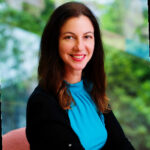 “Southeast Asia’s internet economy is growing at a blistering pace and is set to reach US$300 billion by 2025. Alongside e-commerce and ride-hailing, digital payments has reached an inflection point and is now emerging as a gateway to greater digital financial inclusion,”

This underbanked segment of 98 million across the ASEAN-6 represents the biggest potential and true growth engine of the digital financial services market. In contrast, it is important to note that digital financial services will not be a panacea for reaching the unbanked population. Contrary to common perception, fintechs and consumer tech platforms are not yet making a meaningful impact on the unbanked segment. Governments and telecom companies will need to play a key role in accelerating the development of infrastructure needed to efficiently serve this segment, and combining their access with strong product and underwriting capabilities from partners. 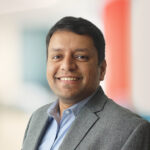 “We anticipate growing consumer acceptance of fintechs and consumer tech platforms in Southeast Asia, with new entrants closing the trust gap to established players, particularly in the fast growing markets like Indonesia and Vietnam. Companies that surface as leaders will be those that make themselves the gatekeepers for consumers and merchants,”

“For Southeast Asia to realize its full potential, there must be supportive regulations, a strong financial infrastructure and scaled funding in place.”

Despite the march of new players entering the market, it is unlikely that consumers and merchants will move away from banks completely. Banks have capital access and regulated deposits. Funding and balance sheet management remains a potential risk to scaling fintech lending businesses. Should markets truly open up to data sharing through open banking, Bain expects to see a rapid shift in business models with an even broader array of opportunities for disruption.

Australia: Collaborating On The Next Era Of Payments