In the past years, fintech has emerged as one of the hottest sectors in India’s Internet play with funding pouring in and global players like Google and WhatsApp looking to getting a piece of the pie. NASSCOM predicts that the Indian fintech market will be growing at a CAGR of 22% over the next five years, while KPMG estimates that industry could be worth as much as US$73 billion by 2020.

Here are ten of the country’s most well-funded fintch startups:

Paytm, a subsidiary of One97 Communication, is India’s largest mobile commerce platform with over 20 million registered users. Paytm started by offering mobile recharge and utility bill payments but has grown since to offer a full marketplace to consumers on its mobile apps. The company has raised US$2.1 billion in funding so far, according to Tech In Asia.

Policybazaar is India’s largest and leading insurance aggregator website. The platform specializes in making comparative analysis of the insurance products of various insurance policies based on price, quality and key benefits. Policybazaar has raised US$346.6 million in funding so far, according to Crunchbase, the latest being a US$200 million round led by Japan’s SoftBank in May 2018.

Lendingkart Technologies is an online financing company that provides working capital loans to entrepreneurs and small businesses. The company uses analytics and Big Data scoring to evaluate enterprises. Lendingkart Technologies raised more than US$173 million so far, the latest round being its US$76 million Series C funding round in February 2018.

MobiKwik is a digital financial services platform, a mobile wallet major and a payment gateway. The app is used by a network of over 3 million direct merchants and 260 million plus users. MobiKwik has raised US$162.2 million in funding so far, according to Crunchbase, the latest being a US$35.4 million round in August 2017.

Capital Float is an online platform that provides working capital finance to small and medium-sized enterprises in India. It offers flexible, short-term loans that can be used to purchase inventory, service new orders or optimize cash cycles. Capital Float has raised US$130 million in funding so far, according to ET.

BankBazaar is an online marketplace that gives consumers access to customized rate quotes on loans, credit cards or personal finance products such as insurance policies, bank loans and credit card offers. The company has raised US$109 million in funding so far, the latest round being its US$30 million Series D led by Experian in October 2017. 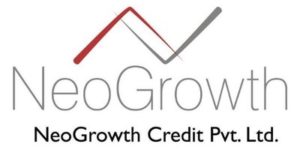 NeoGrowth Credit provides business financing services to small and medium-sized enterprises that sell apparel, consumer durables and electronic items, footwear and accessories, handicrafts, gifts, and optical goods as well as to restaurants, beauty salons, hotels, gymnasiums, and health diagnostic centers. The company has raised US$90.8 million in funding so far, the latest round being a US$44 million round led by LeapFrog Investments in January 2018, according to Crunchbase.

Pine Labs is a provider of retail point of sale (POS) solutions that aim to simplify payment acceptance, while creating business opportunities for issuers, merchants, and brands to connect with consumers. Pine Labs serves more than 75,000 merchants across India. The company has raised US$83 million in funding so far, the latest one being a US$82 million round from Actis in March 2018.

Fino Paytech started as a payment technology firm in 2006 but has since evolved into providing a wide range of financial services. In 2017, the firm launched its own digital bank called Fino Payments Bank after receiving approval from India’s financial regulator. Fino Paytech has raised about US$80 million in funding so far, the latest round being in January 2017.

InCred Finance is a non-banking finance company that provides small and medium-sized enterprise loans, education loans, and mortgage loans, among other things. The company utilizes technology and data science to make lending quick, simple and hassle-free. InCred Finance has raised US$75 million in funding so far, according to Crunchbase.