The Ayala Corporation, Philippines’ oldest conglomerate, is raising a new venture capital fund worth US$150 million, dedicated towards investing into early stage startups engaged in e-commerce, as well as what the company deems as disruptive technologies; like fintech, healthtech, artificial intelligence, among others.

The fund will be looking into investments on a global level.

The goal here is to complement the group’s traditional brick-and-mortar operations, with the goal of future-proofing their operations.

Pegged to be one of the biggest VC funds in the Philippines, the money will be raised through Ayala’s subsidiaries, Bank of Philippine Islands, Globe Telecom, AC Energy, Ayala Land Inc, and other selected investors.

The company’s CFO, TG Limcaoco expressed that the group hopes to raise the amount by the middle of the year.

It was also reported that Kickstart plans on issuing checks starting at US$2 million to US$10 million, in exchange for startup equity.

Beyond more traditional fintechs, the fund also has plans to support different areas of tech innovations affiliated with the field, like data and analytics, machine learning, artificial intelligence, cloud computing, automation, and arguably real estate, as well as other areas like retail, transport, energy, water, health and wellness, and food. 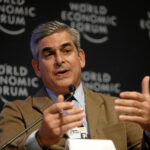 “We spend significant time studying other markets that are in advanced stages of digital maturity and we have teams constantly looking at emerging trends and technologies.”

“Absorbing and learning from these experiences, we have become more deliberate in our own digital transformation journey and have elevated it into a group-wide strategic agenda.”

Some of the notable fintech startups already funded by Ayala’s VC arm, Kickstart Ventures include fintech firms Coins.ph and C88, both incidentally featured in our top funded fintechs lists for Philippines and Indonesia, respectively.

The Philippines continues to lag behind its neighboring countries in Southeast Asia when it comes to VC funding for startups. Although there is an expressed desire for more capital, “there is no deep enough understanding about how to attract quality capital, whether to startups at the micro-level, or to the country, at the macro level”, according to Venture Capital and Private Equity Association of the Philippines (VCAP), a newly-formed non-stock, non-profit corporation launched last January.

VCAP is incidentally the joint brainchild of Kickstart Ventures, among other parties like ICCP SBI Venture Partners, Navegar, Endeavor Philippines, and others.

10 Notable Incubators and Accelerators In The Philippines